Swishes for Wishes comes to FGCU 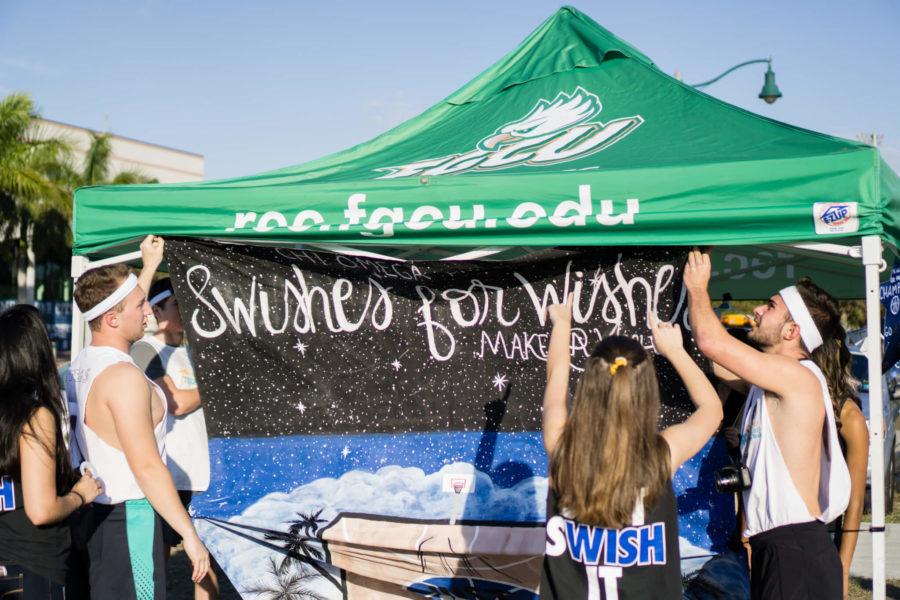 Members of the Chi Omega sorority hang up a Swishes for Wishes banner with the help of a couple of participants. (EN Photo / Zack Rothman)

With the help of Campus Activities Director Jamie Mandie, each round of the tournament followed intramural rules. There was both a women’s bracket and a men’s bracket where there was each one winning team. On top of the points each team scored during the games, there were donation jars designated for each team; for every dollar donated, one point was added to their score.

Each team was required to pay $60 and was comprised of five players and two substitutes. The winning team from each bracket won $100 for the philanthropy of its choice, as well as a trophy.

Underneath two tents draped with banners for the Make-A-Wish Foundation, set up just out- of-bounds, sisters of the Chi Omega sorority handed out water and snacks to participants.