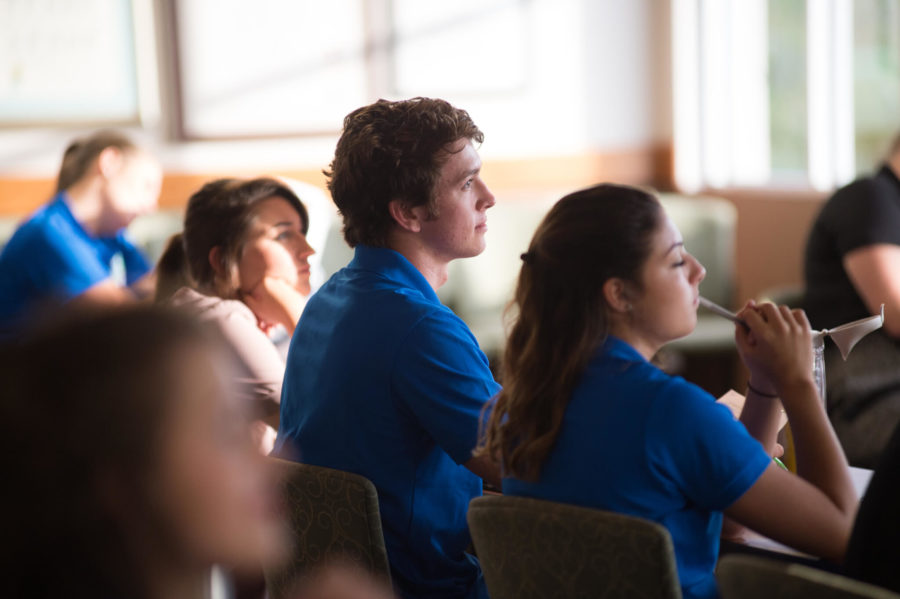 In the midst of President Donald Trump’s immigration ban, members of FGCU’s Student Government discussed SG Resolution 1617-002, Mutual Respect, a resolution that could potentially make FGCU a sanctuary campus, during their meeting on Tuesday, Feb. 21.

The resolution, which was presented to senators in first reading on Tuesday, Feb. 14, focused on respecting other students and the diversity included on campus.

“In our deliberations, we respect each other and diversity, we support mutual respect for diversity and people of other backgrounds,” the resolution said.

According to a Fusion report, students from over 100 campuses have signed petitions demanding that their schools become sanctuaries.

Garrette Parsons, the SG Appropriations Chair, verbally expressed her support of the resolution to her peers during the meeting.

“I think we all understand the importance of this bill,” Jacobse said. “Moving forward, as the previous senator said, yes, this is a step, but it’s only a first step.”

Jacobse went on to describe the resolution as a foundation for a more inclusive FGCU.

“This is the foundation of that environment of inclusivity and diversity that our school was founded on,” Jacobse said.

Upon first vote, the resolution didn’t pass. After being amended, however, it passed.