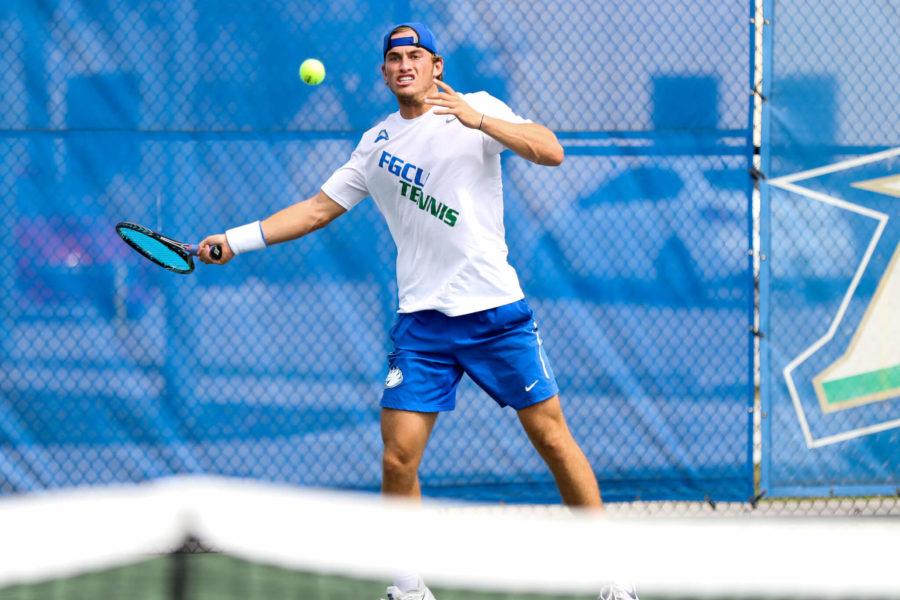 The FGCU men’s tennis team was swept by East Tennessee State Friday night, dropping the match a 0-4.
Both teams split the first two doubles matches before the Buccaneers claimed the third in a tiebreaker. This win for the visitors set the tone for their dominant singles play.
The No. 1 duo of Oliver Landert and Felipe Ramirez evened up play with a 6-4 victory after Javier Fernandez and Mateo Ruiz dropped their match 6-2.
Andres Alfonz and Ezequiel led 5-4 at the No. 2 spot. However, this was short-lived after the visitors won three of the final four games, claiming the match.
In singles play, tough losses from Landert, Cerrini and Ruiz ended the match with the Buccaneers leading 4-0.
Landert fell to Robert Herrera 6-0, 6-1 at No. 2, while No. 3 Cerrini dropped his match to Diego Nunez 6-2, 6-2. Ruiz finished with a 6-4, 6-2 loss to Lugo.
Ramirez appeared at the No. 1 spot for the first time this season. The freshman dropped the first set 4-6 before leading 3-2 in the second.
Next, the Eagles will host three home matches next week, starting Tuesday, March 16 against South Alabama at 6 p.m.