Preview: Men’s basketball vs. FSU in first round of NCAA Tournament 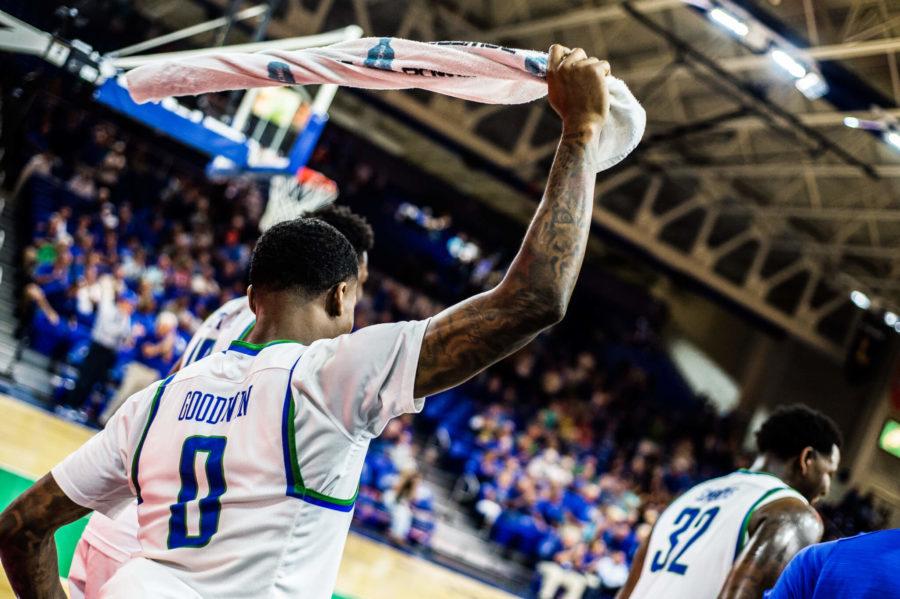 Filmed and edited by Katie Hopkins.

Earning the program’s highest seed in an NCAA tournament heading into the big dance, the No. 14 FGCU men’s basketball team takes on No. 3 FSU in the First Round of the NCAA Tournament at Amway Center in Orlando on Thursday at 9:20 p.m.

Tied for the second-highest seed by an ASUN conference team in the NCAA Tournament in the last 16 years, the Eagles will face either No. 6 Maryland or No. 11 Xavier on Saturday, March 18 if they defeat the Seminoles on Thursday, March 16.

En route to their first NCAA Tournament appearance since 2012, the No. 16 nationally ranked Seminoles defeated seven top-25 teams and finished second in the ACC with a record of 12-6.

The tallest team in Division I basketball with an average height of 6 feet 7 inches, the Seminoles went 18-0 home throughout their campaign but went 4-6 on the road and 3-2 in neutral sites.

“I got to play against them when I was at my other school and they really are the tallest team in the nation,” Brandon Goodwin said. “It’s like standing amongst the trees.”

Leading the way on offense for FSU, Dwayne Bacon was a Second Team All-ACC member and led FSU with 16.9 points per game.

Another player to keep an eye out for on the Seminoles is Jonathan Isaac.

Isaac was an ACC Honorable Mention and All-Freshmen team member and averaged 11.9 points per game and a team leading 7.6 rebounds per game.

Earning an abundance of ASUN awards in his first season as an Eagle after transferring from UCF, Goodwin led FGCU’s offense averaging 18.2 points and four assists per game.

“It’s (NCAA Tournament) just exciting,” Goodwin said. “I was here last year for it (NCAA Tournament) but I didn’t get to play so it’s that much better being able to finally experience it and finally share this moment with my teammates and coaches.”

Putting together their best record in program history, 26-7, FGCU punched its third ticket in five years to the NCAA tournament with a 77-61 victory over UNF in the ASUN Tournament Championship.

The last time these two teams faced off was in the 2014 NIT, where the Seminoles defeated the Eagles 58-53.

FGCU will look to extend its win streak eight and spark another Cinderella run in the NCAA tournament with a First Round victory over FSU.

“We’ve just got to go in as any other game,” Demetris Morant said. “Yeah they’re a large team but if we do what we have to do we’ll be fine… We worked this hard and we didn’t come just to lose.”

All quotes taken from ENTV video filmed and edited by Katie Hopkins.