Softball at Battle at the Beach Tournament preview 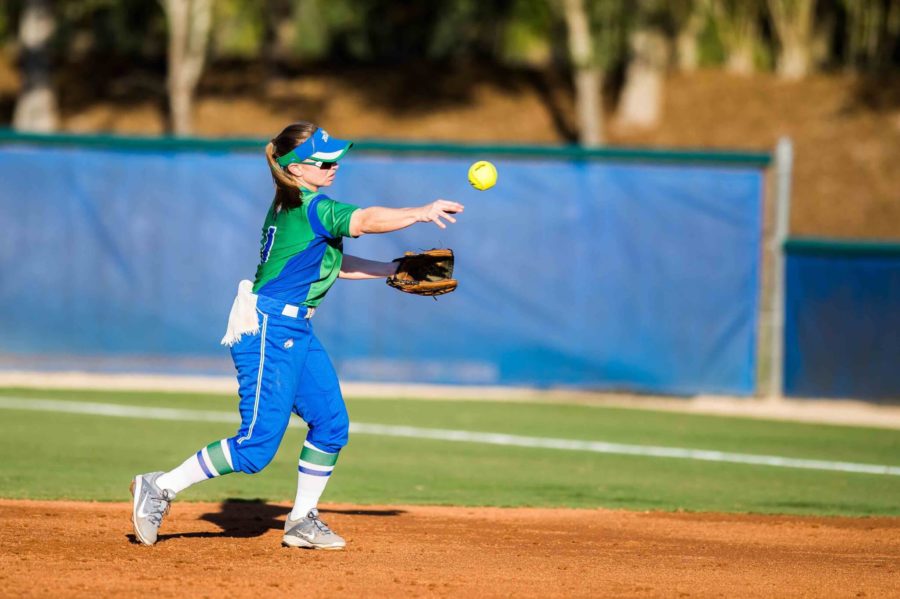 The FGCU softball team is set to host the Battle at the Beach three-day tournament at the FGCU Softball Complex. This tournament will include IUPUI, Iowa State, Canisius, Drexel and Cleveland State.

The Eagles will kick off their tournament with a game against the IUPUI Jaguars at 4:45 p.m. Thursday, March 16 for the first time ever. FGCU will then finish up day one against Iowa State at 7 p.m. These teams split a series last year, bringing FGCU’s all-time record against Iowa State to 2-1.

The second day of play for the Eagles will be begin Saturday, March 18 against Canisius at 12:15 p.m. and conclude with another game against Iowa State at 5 p.m.

Tournament play conclude for FGCU on Sunday, March 19 with their first game against Drexel at 10 a.m. and close off with Cleveland State at 12:15 p.m.

IUPUI took down Nebraska to begin March but went on to lose five-straight following the win over the Huskers. This makes their overall record 6-16 coming into this tournament.

Maggie Good from IUPUI has hit .381 through 22 games this season, leading the team with seven home runs and 25 RBIs.

The Jaguars rely heavily on Nickole Finch for pitching, who has thrown 71.2 innings this season.

Iowa State comes into this tournament with an overall record of 10-14. After winning seven-straight games, the Cyclones have now lost 11 of their last 14 games.

Kelsey McFarland comes into the week batting .455 with five doubles, while Sami Williams leads the team with four home runs and 14 RBIs.

Drexel is coming into this weekend with a record of 3-3. This will be the first time these teams have met in program history.

Linda Rush leads the team with three home runs and a .476 average. The Dragons have also had nine players already with a stolen base this season.

The Vikings are led by Macy Kaisk, who has hit seven home runs this season and 15 doubles.

Next, the Eagles will begin conference play at home with a three-game series against Jacksonville, March 25 and 26.