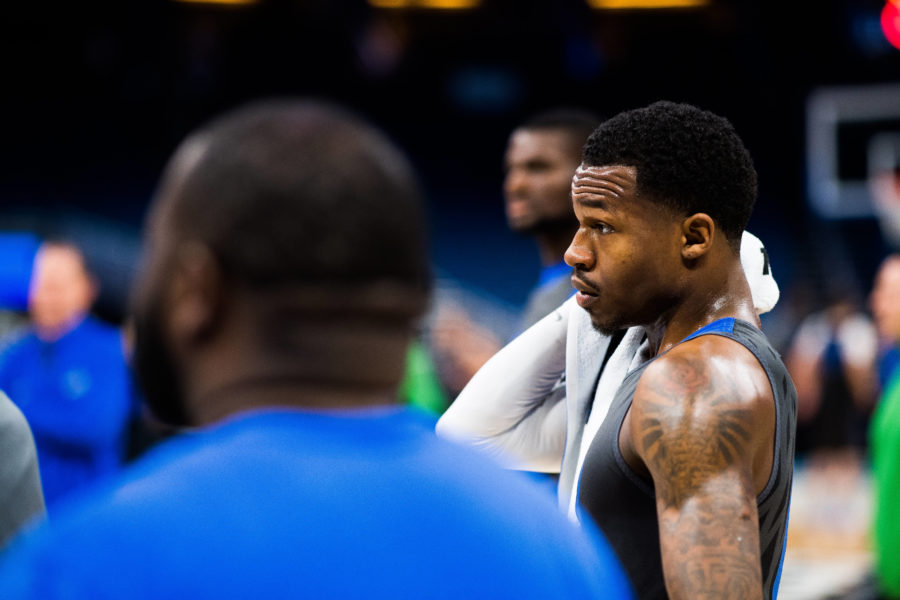 We’ve all heard the name “Dunk City” before.
Ever since the FGCU men’s basketball team’s infamous Sweet 16 run in the 2013 NCAA Tournament, Dunk City has been FGCU’s given identity.
All around FGCU, there are people wearing shirts with Dunk City printed on the front, and if you go to a basketball game, you’re sure to hear about Dunk City becoming the first No. 15 seed to make it to the Sweet 16.
If you’re on social media and come across articles or posts about FGCU, you’ll probably see the posts talking about the FGCU team that made it to the Sweet 16 and earned the name Dunk City.
Now making its second consecutive appearance in the NCAA Tournament, this year’s Dunk City squad is ready to create its own legacy that fans will talk about for years to come.
“Coming in as a young team, I can say we don’t want to be looked at as the old Dunk City. We want to be looked at as ourselves,” Demetris Morant said in an NCAA Tournament press conference. “For people who only remember FGCU by the 2013 season, it’s, I don’t know, kind of disrespectful to us in a certain way.”
With 96 dunks on the year, Morant propelled the Eagles past the original Dunk City Sweet 16 team’s record of 148 dunks in a season to 157 this season.
With the Brandon Goodwin and Morant show becoming a popular duo for fans at Alico Arena, Goodwin consistently found Morant for alley-oop slams that tear the roof off of Alico Arena.
Working their way through the ASUN Men’s Basketball Championship, punching their ticket to the Big Dance and earning their highest seed in program history in the NCAA tournament, the No. 14 Eagles are ready to spark their own Cinderella story when they take on No. 3 FSU at the Amway Center in Orlando on Thursday, March 16 at 9:20 p.m.
“You always want to add to your individual legacy and your team legacy,” Christian Terrell said in an NCAA Tournament press conference. “We just want to be different than them. We don’t want people to think of us as them, you know what I’m saying? Respect to them, but we want to create our own legacy and hopefully make a run of our own.”