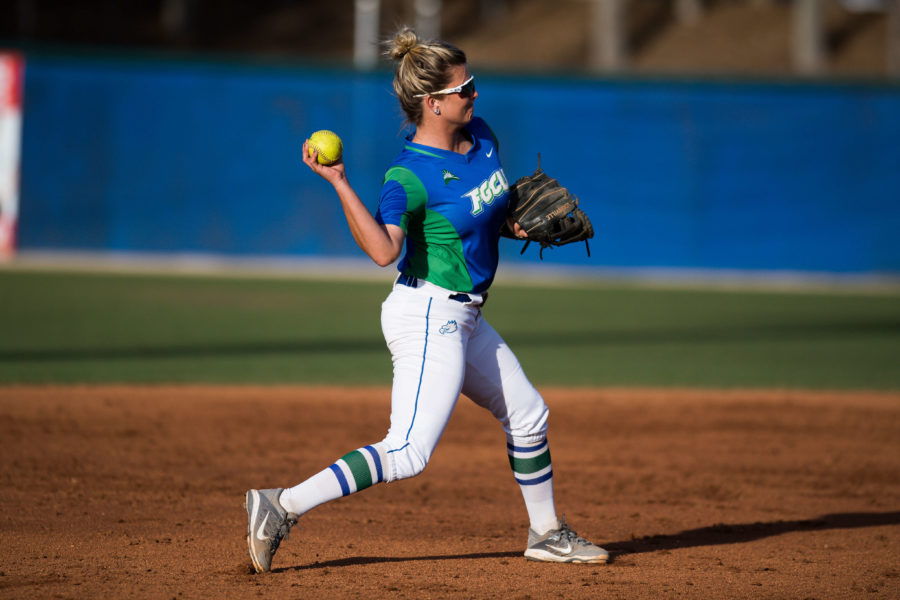 The FGCU softball team suffered two tough loses against #1 Florida State in a series against the Seminoles and Canisius College. Yet, the Eagles came out on top against the Griffins.
FGCU suffered a 7-0 loss against the Seminoles Tuesday night before coming into play Wednesday evening where the Eagles took yet another loss against FSU, 13-1.
However, the Eagles finished play with a close 2-1 win over Canisius College Wednesday night.
In the first match against FSU Tuesday night, Riley Randolph held Florida State to just three singles. However, in the fourth inning the Seminoles came alive ultimately scoring three runs.
Randolph allowed just two hits throughout the next two innings before FSU scored four more times in the seventh to make it 7-0.
The left-handed pitcher allowed seven runs on 12 hits over 6.2 innings.
The Eagles threatened the Seminoles in the final inning with a walk from Natalie Lopez and a single from Racquel Fournet but neither were unable to finish the game.
FGCU came out Wednesday evening in the hopes of creating a closer game, but ultimately fell short against the #1 Seminoles.
Kelsey Huff tried to spark the offense with a leadoff single, putting runners on first and second, but were unable to bring them in, trailing 1-0 after the first.
From there, the Seminoles dominated. FSU scored twice in the second, nine times in the third and one more in the fifth to take a 13-0 lead.
Gabbee Draney threw two innings, allowing eight runs, while Morgan White pitched the final three innings, allowing five runs.
Despite this loss, the Eagles were able to end on a high note when they took on the Griffins Wednesday evening, taking home a 2-1 victory.
After leaving five runners on bases through three innings, FGCU trailed 0-1. However, Fournet’s single brought Huff home, tying the game.
LuLu Newmark led off the final inning with a single, soon taking third before coming home to score on Tourtillott’s walk-off single.
Wade pitched all nine innings, striking out three and walking one.
Next, the Eagles will host their three-day Battle at the Beach tournament beginning Thursday, March 16 with games against IUPUI and Iowa State.