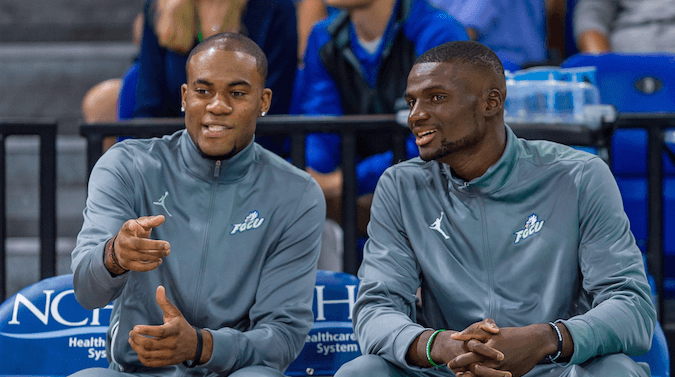 FGCU spokesperson, Susan Evans, quoted Federal law in the Family Educational Rights and Privacy Act in an email regarding Williamsonbey before explaining his status.

“Mr. Williamsonbey is no longer enrolled at FGCU and thus is no longer a member of the men’s basketball team,” Evans said.

Arrested along with Jordan Burkes on Feb. 9, Burkes and Williamsonbey were seen on surveillance cameras walking around the second floor of Garage B on Jan. 31 at approximately 2:45 p.m., according to the arrest report released on Saturday, Feb. 11.

The report states, Burkes and Williamsonbey took a yellow 24-karat gold neck chain with a J-shaped charm with a single stone inserted in the letter, Garmin Portable Positioning System (GPS) and a metal neck chain with a Libra zodiac sign charm, according to the victim.

After wishing to speak with UPD Detective Joseph Anderson on Feb. 2, Williamsonbey admitted that he and Burkes were the two males from the auto burglary in a digitally recorded statement.

In an email sent by Director of Athletics Communication Jason MacBain on Feb. 2, MacBain stated that FGCU head coach Joe Dooley immediately suspended Williamsonbey once he learned that he was a suspect in the burglaries.

Burkes and Williamsonbey met with Anderson on Monday, Feb. 6 to turn over the necklace they stole, which was confirmed to belong to the victim. They claim that is the only item they stole from the vehicle.

A transfer from Texas Tech, Williamsonbey was released on bond on Feb. 10.

Joining the Eagles this season, Williamsonbey had to sit out his first year at FGCU due to NCAA transfer rules.