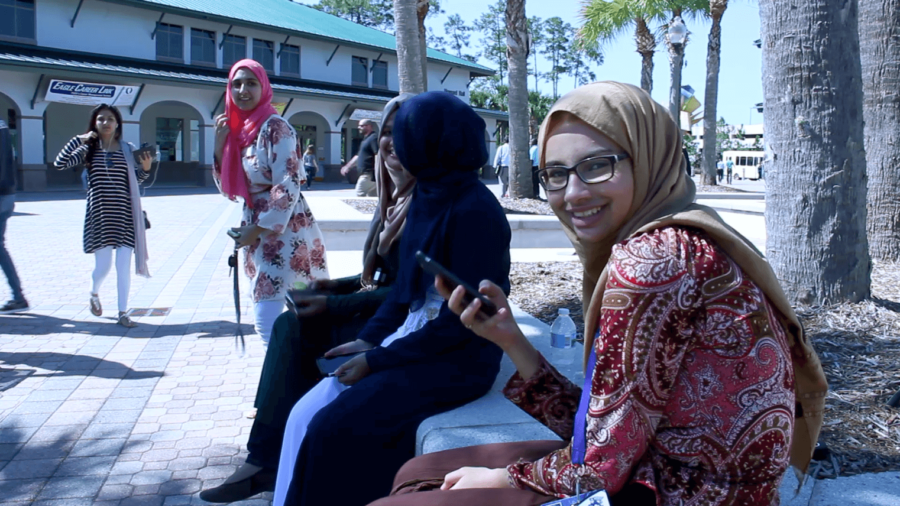 Students and faculty can decorate their hands at the event by choosing from a variety of henna designs. Prices for henna tattoos range from $2 for simple designs and can increase depending on the complexity of the design.

“We noticed there’s not a lot of cultural exploration in the west when it comes to henna,” Shafi said. “(Henna) is something we enjoy and want to offer to our FGCU community so people can be exposed to it.”

The practice of using henna as body art dates back to Cleopatra’s reign in Egypt and remains prevalent in several cultures. Shafi said that, while members from the MSA come from diverse backgrounds, one thing they have in common, in terms of culture, is henna.

Henna refers to the dyes prepared from the henna plant used for temporary body art. The practice of using henna for body art is particularly popular in North Africa, South Asia, South East Asia and other regions and is primarily used for special events.

“It’s something fun we do. In my culture – I’m from Bangladesh – we use henna when there are weddings and other special events,” Shafi said. “We use it to decorate ourselves, almost like makeup, to look nice.”

While the henna fundraiser serves as a fun event for the community, the purpose of the event takes on a more serious tone, as it helps the MSA’s signature Islamic Awareness event.

The Islamic Awareness event invites guest speakers like Islamic scholars and Muslim figures who have found success in America to share personal stories to educate the public in Islamic culture and clarify any misconceptions.

“We’re all about diversity, compassion, unity and raising awareness about Islam and all the misconceptions that are going around,” Khan said.

Proceeds from the fundraiser will assist in covering the event’s food costs, honorary amount costs and flight costs.