FGCU baseball moves to No. 12 in national rankings 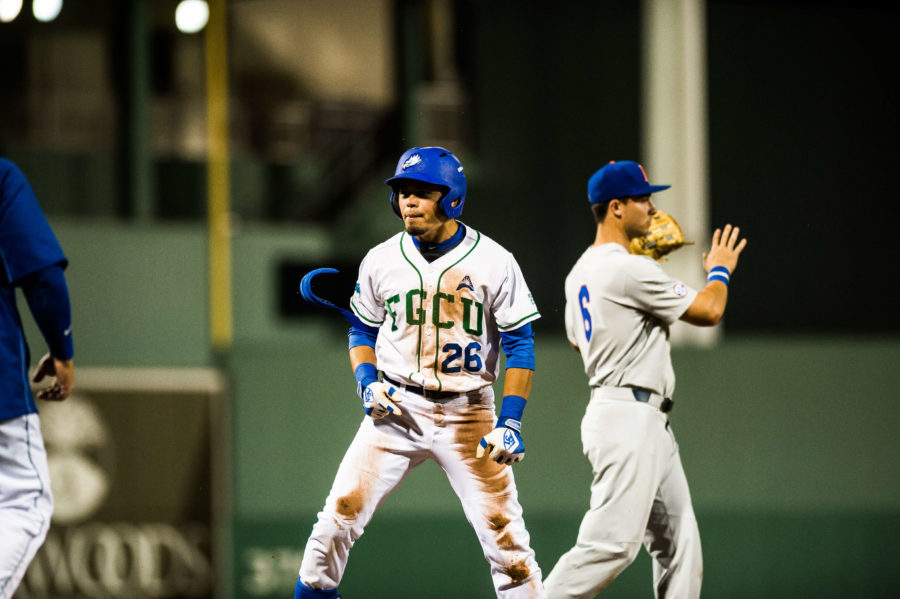 After starting the season out 18-3, the FGCU baseball team moved to a ranking of No. 12 by Baseball America.

The Eagles have been selected in the top 20 in all six of the different nationals polls in college baseball.

After projecting to be finished in a tie for fourth place in the Atlantic Sun by the Coaches’ poll, the Eagles have started their year off 18-3 with wins over both the No. 1 and 2 ranked teams in the country.

The Eagles swept a home and home series victory over No. 2 UF and followed that up with the programs first ever win over No. 1 team in Florida State to start off their week.

Following FGCU’s victories over the top two teams in the nation, the Eagles swept Big Ten conference member Rutgers in a three-game series, outscoring the Scarlet Knights 26-9 in the three games.

Even without Kutter Crawford (4-0), who missed the Rutgers series with an injury, the Eagles still managed to take the three games behind Garrett Anderson, Josh Dye and Peyton Gray.

Propelled by a strong bullpen, the Eagles pitchers have a 3.29 through 21 games this season.

Offensively for the Eagles, they were led by ASUN Player of the week Nick Rivera, who for the fourth time in his career hit multiple home runs in a game.

Rivera drove in nine runs on Saturday vs. Rutgers — which is a program record —  including a three-run home run and a grand slam. He nearly hit a third home run, but settled for an RBI triple.

FGCU also had its first player hit for the cycle for the first time in program history when Julio Gonzalez accomplished that feat on Saturday, March 18.

To go along with the 18-3 start, the Eagles have an RPI of 27 after their series with Rutgers.

The Bulls come into the matchup on a 17-game win streak and hold a record of 18-1 on the season.