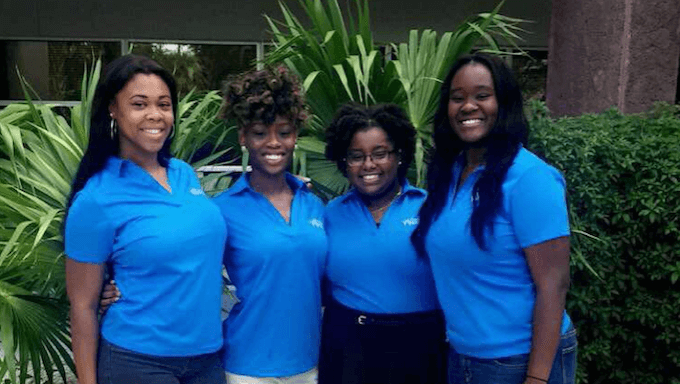 After battling with her weight and self-image since childhood, Peers Care member Missy Salomon, will team up with the Office of Prevention and Wellness to host the annual “Celebrate Your Body”  week from March 27 to 31.

To Salomon the event is about informing and letting students on campus know their bodies should be appreciated.

“As long as you’re doing what you need to do to be healthy, then you’re fine,” Salomon said.

Salomon said her self-image was always a hard topic to discuss because of her cultural heritage.

“I am Haitian. A lot of minority cultures, especially the caribbean cultures, put a lot of emphasis on the body. They can be very harsh. They are not trying to condemn you, they’re not trying to be evil, that’s just their nature,” Salomon said.

Salomon was determined to make a change in her lifestyle after seeing a picture of herself at a music concert in high school.

After being invited as a guest to a gym, Salomon started to take consideration of what she ate and began exercising frequently.

Yet, Salomon noticed she was missing out on activities because she became focused on reaching a number. She would deny going out with friends because she had to go to the gym.

Salomon said if she would have known about the “Celebrate Your Body” week at FGCU earlier in her life, her thought process might have changed and perhaps she  would have enjoyed herself more.

Though Salomon never reached her ideal weight, she has since gained the confidence to accept her body.

The purpose of this week-long celebration is to promote a “positive body image and provide outreach,” said FGCU’s Prevention and Wellness Director Priya Thomas.

“Few bodies are perfect, but the relationship with your body lasts a lifetime,” Thomas said. “It can be an art to learn how to appreciate and love your body for all it does for you each day and what it allows you to be capable of for your future. Take good care of it for the future, and appreciate it as it is now because it’s gotten you this far.”

This week-long celebration event will include activities to bring body appreciation such as blind-folded yoga and more.