Eagles back on track after first conference loss to NKU 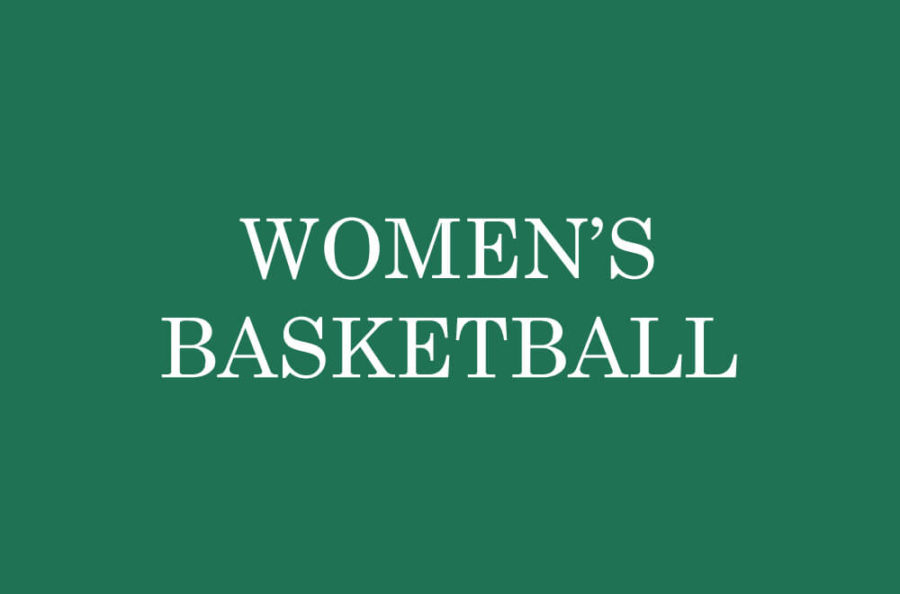 The Florida Gulf Coast University women’s basketball team got back to taking care of business last weekend with key Atlantic Sun victories over East Tennessee State University on Thursday and USC Upstate on Saturday.
After a disheartening loss to Northern Kentucky broke the team’s 44-game conference winning streak, the Eagles bounced back and completed the season sweep over ETSU and Upstate. Jenna Cobb led the way for the Eagles with 14 points in another easy 70-45 win against ETSU. Against Upstate two days later, Sarah Hansen had one of her best games of the year, chipping in 26 points and 8 rebounds in FGCU’s 76-69 win over the Spartans.
Coach Karl Smesko was upbeat about the weekend’s results and his team’s improvements. “We’re still learning how to work as a team, and I thought we played more unselfishly this past weekend and we’re looking to continue more of that.” Smesko has been open about his disappointment at the lack of continuity from week to week but added, “This was really the first weekend where I saw some [real] progress in awhile, so it was encouraging.”
The two victories this past weekend landed FGCU (16-7, 10-1 Conf.) back at the top of the A-Sun standings, currently sitting in a first-place tie with rival Stetson University (18-5, 10-1).
It’s never good to look too far ahead, but the A-Sun has a potential dream matchup brewing on March 8 with FGCU and Stetson meeting in DeLand to play in their conference finale. Provided both teams remain undefeated until then, the last game of the season could wind up being a winner-take-all rematch of last year’s battle for the A-Sun conference title.
When asked about that game, Whitney Knight referenced the Eagles 16 point home win over the Hatters, but said, “When we go to their place, we know it’s going to be tougher than it was here.” Knight was quick to add, “They’re going to be looking for redemption against us, but I’m definitely looking forward to it.” The Eagles have two more crucial conference games this weekend, once again on Thursday and Saturday. Mercer comes to town Thursday with a chance to avenge a 12-point home loss from earlier in the year. Two days later, FGCU takes on the Owls of Kennesaw State University, who were able to hold Knight to just three points in their last meeting, a 69-55 win for the Eagles. Knight said that the Owls defense was able to create some issues for FGCU by sagging and switching but also noted that the Eagles switching offense has improved since the last meeting.
Another storyline to note is the continued emergence of Cobb as a dangerous weapon for the Eagles. Cobb has had a very fluid role this year but has always stepped up in crunch time regardless of her situation. When asked if the fluctuation between starting and the bench has affected her game, Cobb said, “The biggest thing is just focusing on helping my teammates.”
Her contagious attitude has obviously been noticed by Smesko, among others. When asked about Cobb’s importance to his squad, Smesko said, “[Jenna] is one of the team captains. She’s one of our best players, and she’s a great leader.”
Having solid leadership in the locker room is a key part of not just building but also being able to sustain success as a team. Smesko alluded to this fact when he said, “I think her leadership has especially helped get Katie (Meador) more involved in what we’re doing, and she’s been doing a great job, [continuing to get] better and better as the year goes on.”
Meador has also seen vast improvements in her game as the year progresses and Cobb’s willingness to teach and mentor could be a key part of that evolution. By bringing her leadership, sense of urgency and defensive brilliance to the lineup, Cobb has established herself as an intrinsic part of the Eagles success.