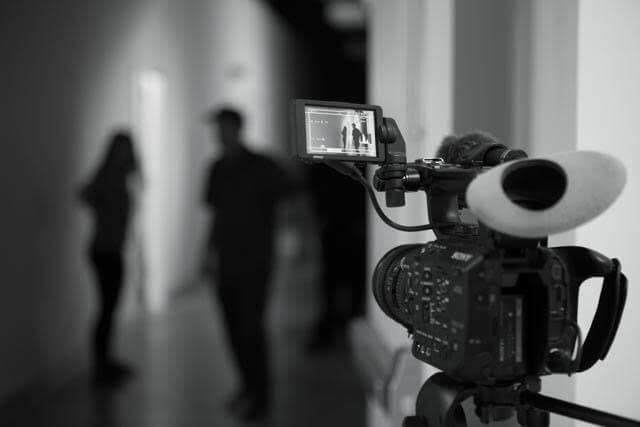 “Taylor” is on set for the making of the video for Christy’s Cause. (Photo Courtesy of Tara Koenke)

Local organization, Christy’s Cause, released a 15-minute video titled “Taylor’s Story” on Tuesday, March 14.
“Taylor’s Story” tells the true story of a survivor of human trafficking.
Taylor, whose name was changed to ensure her safety, tells the camera candidly how she was approached by her trafficker, was trapped in human trafficking and was eventually rescued out of that trafficking in this testimonial video.
The video aims to show that human trafficking is real, and it’s happening in the local community.
Taylor was trapped in human trafficking in Florida and, like many, had assumed she was immune to the issue.
The U.S. Department of the State estimates that less than one percent of sex trafficking victims are never identified.
“If we take the known cases from 2016 in our community based on the DOS stat, that would suggest that there are a few thousand victims out there
that need our help,” said Christy Ivie, the founder and president of Christy’s Cause. “That’s the thought that, daily, haunts and motivates me.”
Ivie said Taylor wants to give agencies and organizations that fight human trafficking a free resource to complement their training efforts.
“Taylor hopes by sharing her story she will give victims the courage to come forward and get the help they need and that the community will better understand this horrific crime,” Ivie said.
Ivie described Taylor as “not (being) a stereotypical sex trafficking victim.”
“Sex trafficking doesn’t just happen overseas or in poverty stricken neighborhoods,” Ivie said. “It’s happening to vulnerable young adults — guys and girls — everywhere.”
By watching “Taylor’s Story,” Ivie said the community will be more knowledgeable about warning signs to look for and encourages anyone who notices something to call the National Human Trafficking Hotline at 888- 373-7888.