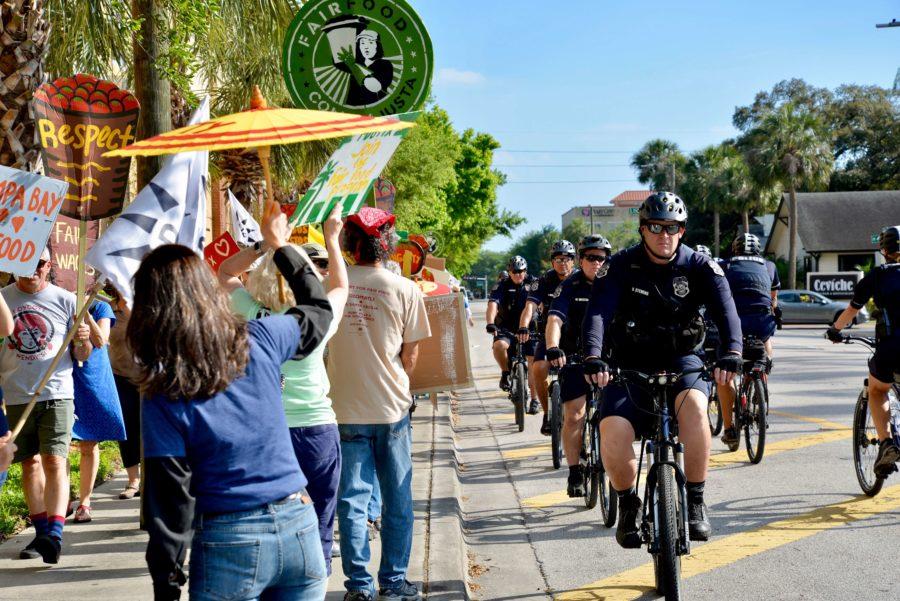 The recently established FGCU Student Farmworker Alliance is hosting a speaker event highlighting the efforts of the Coalition of Immokalee Workers, which asks students to question: is their food fair?
The term “fair food” was first popularized by the CIW, a worker-based human rights organization.
The group, which has been active for more than 20 years, began the nationwide Fair Food Program in 2011 to encourage large produce buyers to pay a premium that tomato growers pass onto their workers.
In its first four years, the FFP received nearly $20 million in fair food premiums, distributed “Know Your Rights” materials to 135,000 workers and educated 33,000 workers face-to- face.
Some participating members of the FFP include Yum Brands, the parent company of Taco Bell, KFC and Pizza Hut; McDonald’s; Burger King; Whole Foods Market; Subway; Trader Joe’s; Chipotle Mexican Grill; Walmart and Fresh Market.
Last week, CIW completed its two-week- long Return to Human Rights Tour, which consisted of marches spanning from Ohio down to its last stop in Tampa.
FGCU senior Marile Franco decided to do this speaker event for her interdisciplinary studies senior seminar, taught by Courtney Satkoski, and recruited the incoming SFA chapter.
“It’s a local issue there needs to be no ignorance about,” Franco said. “These people are harvesting our food and deserve to work with respect and dignity. We need to stand in solidarity to alleviate their poverty and plight.”
The lecture will be held on Thursday, April 6 from 11 a.m. to 1 p.m. in Cohen Center 247. Free fair food will be provided.