No. 9 FGCU drops fifth straight in walk-off loss to Stetson 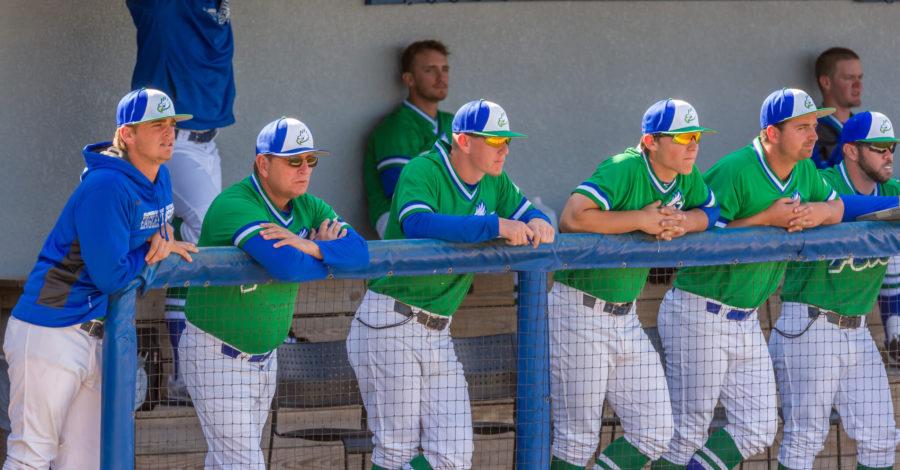 Hoping to break its four-game losing streak, the No. 9 FGCU baseball team lost to Stetson 2-1 in extra innings in Deland.
“We didn’t do enough things right to win the game tonight,” FGCU head coach Dave Tollett said in a recent FGCU athletics press release.” Stetson battled at the plate and fought off tough pitches to stay alive in their at-bats. “There were a couple of plays we could’ve made defensively and a couple of situations offensively where we didn’t come up with the big hit. We’ll need to correct a couple of things tomorrow and go out there to try and even this series.”
Kutter Crawford put his 5-0 record on the line Friday night and picked up a no decision as he went six and one third, allowing one run on five hits.
Similar to Crawford, Brooks Wilson allowed one run in his start while going eight innings and throwing 134 pitches.
After Julio Gonzalez singled for his eighth hit in nine at bats to start game. He was picked off trying to steal, as the Eagles weren’t able to score in the first.
The game remained scoreless until the fourth when Austin Bogart singled in the first run of the game.
Crawford wouldn’t allow another run and was taken out in the seventh for Kenton Herring.
Herring navigated his way through the seventh, getting a double play on a fly out to the center field Gage Morey who picked off Colton Lightner at second base.
The Eagles were able to get their first run of the night in the eighth. Morey led off the inning with a single and with two outs and runners on first and second, Nick Rivera singled in a run that just fell in front of the left fielder Bogart to tie the game at one.
Herring worked around a lead off baserunner in the home half of the eighth with a strikeout of Bogart with two outs and a runner on third.
Richie Garcia lead off the ninth with a single, but after a sac bunt by Eli Lovell, FGCU could not bring Garcia home giving the Hatters a chance for a walk off in the ninth.
Jorge Arenas led off the bottom of the ninth with a single and advanced to second base to get in scoring position.
Ben Rowdon grounded one up the middle, but Gonzalez was able to make the diving play and get the runner at first bat for the second out, appearing to hurt himself on the dive.
He stayed in the game, and Herring got the third out on a ground out to send the game to extra innings.
Stetson got the first two batters to reach on singles in the tenth after Smith couldn’t make the play at second to lead off the inning.
The Eagles intentionally walked Bogart to load the bases and Jorge Arenas singled home the winning run.
After suffering its second defeat in walk-off fashion this week, FGCU will look to even up the series on Saturday, April 8 when Josh Dye gets the start for the Eagles.