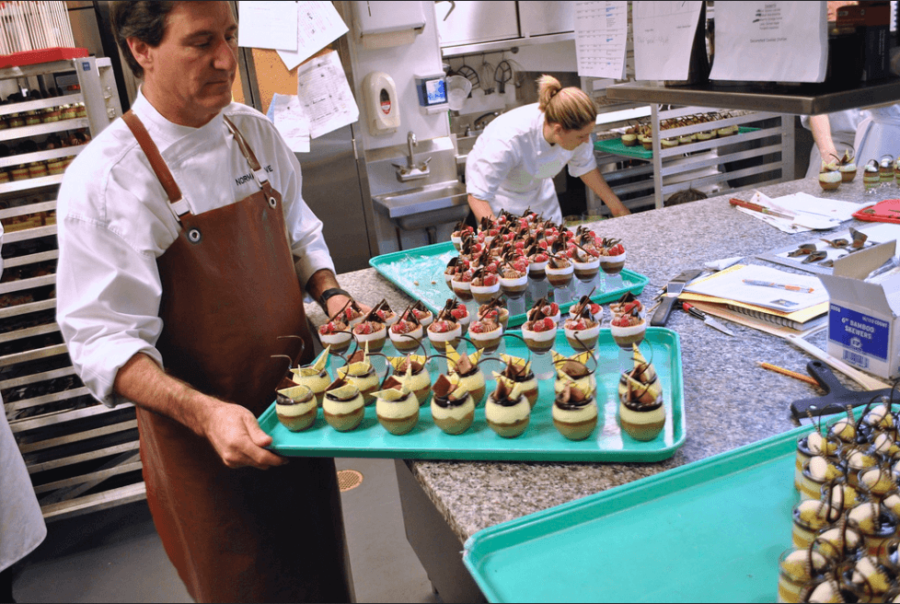 Norman Love of Norman Love Confections, a local chocolate confectionary chain, decorates cupcakes at The Peninsula Chicago. Love was a recipient of an award during the 2012 Distinguished Entrepreneur of Southwest Florida Award ceremony. (Photo courtesy of Nicole Yeary)

Come May, three local business owners working in Southwest Florida will be rewarded for their business success, their use of innovative technology and their business advocacy.

Three of the 30 will be awarded during the annual awards dinner at the Southwest Florida Performing Arts Center in Bonita Springs on Wednesday, May 10 from 6 p.m. to 9 p.m.

The awards ceremony acts as an opportunity for members of the local business community to celebrate their achievements in the area.

According to the FSBDC website, the “Distinguished Entrepreneur of the Year” is a business owner who demonstrates “innovative and cutting edge approaches to corporate culture, employee programs and integrated new technologies.”

The FSBDC website states that the “Small Business Advocate of the Year” is a business owner who “actively volunteers their time and resources throughout the Southwest Florida community to inspire, encourage and mentor other small business owners in helping them grow their business.”

The “Distinguished Innovator of the Year” is a business owner who has “adopted or created their own technologies or cutting edge approaches resulting in accelerated business growth and profits,” according to the website.

Previous winners of the three awards include Norman Love of Normal Love Confections in 2012, Pam Oakes of Pam’s Motor City in 2013, Felix Lluberes of Position Logic in 2013, Gary K. Mart of Global Tech LED in 2015 and Chris Spiro of Spiro and Associates in 2016.

Tickets for the award ceremony are $75 per person and can be purchased at www.fsbdcswfl.org. They can also be purchased by calling 239-745-3700 or by emailing [email protected]