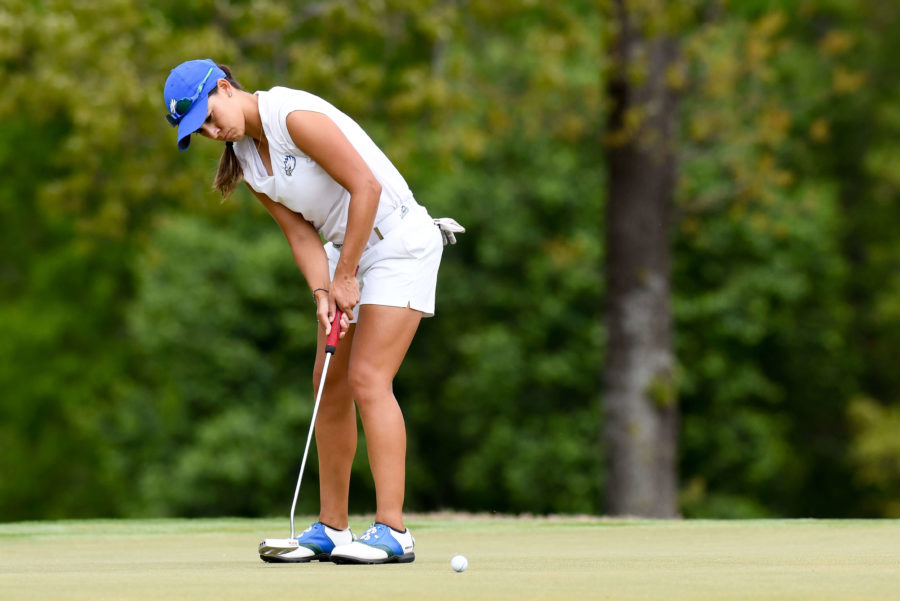 After finishing in second a year ago at the ASUN Championships, the FGCU women’s golf team tied its program best second place finish at the 2017 ASUN Championship in Braselton, Georgia on Monday, April 17.

Finishing with scores of 305 and 297 on Sunday before its final round score of 303, the Eagles finished seven points over UNF’s Championship winning score of 898.

“We are clearly disappointed with the results today and expected to have a better round,” said FGCU head coach Sarah Trew in a recent FGCU Athletics press release. “We gave away too many shots on 8 and the par fives.”

Despite falling short of the tournament crown, Blonien’s 219 finish earned her a spot on the All-Tournament team.

“Megan (Blonien) played so well today, what a fun round to watch her play,” Trew said to FGCU Athletics. “On the last hole she needed to make a birdie to tie and she hit it two feet and knocked in the putt. She didn’t get the result she wanted in the playoff, but what a year for her. She’s made a huge impact on our program and we cannot thank her enough.”

Joining Blonien in the top-10 out of the 35 golfers competing, Kelsey Holbert finished with a combined score of 227 to finish tied for 10th place.

Rounding out the rest of the performances for the Eagles, Madeline Marck-Sherk, Madison Easterbrook and Kate Williamson finished with scores of 232, 234 and 238 respectively.

Thanks to its second-consecutive second place finish in the ASUN Championship, FGCU ties a program record with six top-five finishes in a single season.

“Overall though, I’m very proud of what we have done this year. We’ve had a lot of positives,” Trew said to FGCU Athletics. “This is the second-straight year we’ve been in contention in the final round, and that’s all you can ask for. This is a very talented group of young ladies, and I’m privileged to be able to work with them.”