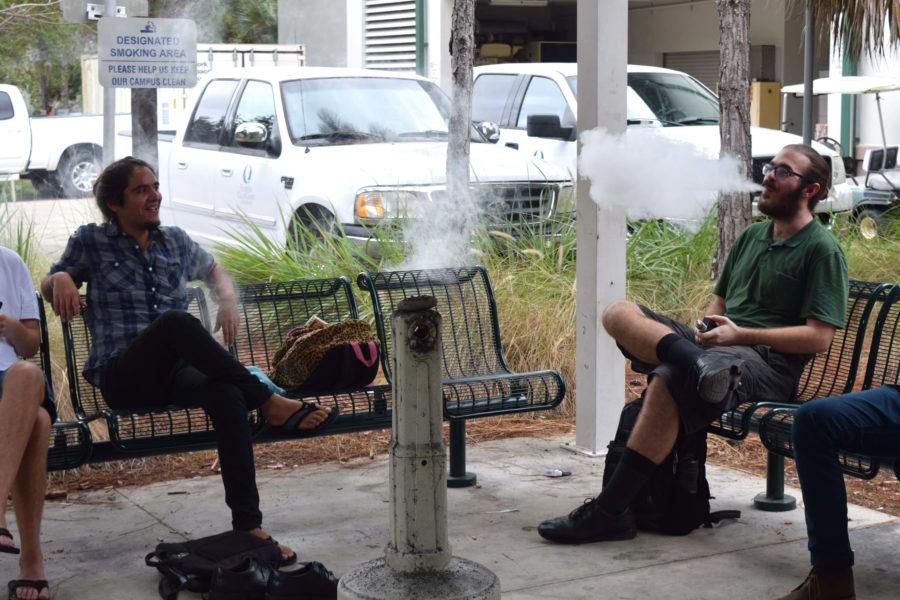 The tobacco ban at FGCU has not stopped students from smoking on campus.

FGCU became a tobacco-free campus starting in summer 2016.  Since then, UPD has issued verbal and written warnings to students smoking on campus behind academic buildings, housing buildings and in parking garages.

Since January 2017, UPD has issued 25 warnings to FGCU students and guests who are non-students for tobacco use on campus.

Professors and other university staff have called in multiple incidents of students smoking on campus to UPD.

“Dozens of students are smoking behind Reed Hall every day and making a huge mess. I bring fourth and fifth graders to FGCU for the Panther Posse Program,” said Ricky Pires, the Director of Wings of Hope. “We have to deal with the smokers every day as the young students eat lunch behind Reed. I have to get them to stop smoking while the kids are there.”

Pires offered the idea that UPD increase the consequences of smoking on campus.

So far, UPD has only issued warnings, but Pires feels that UPD should begin to ticket students who smoke on campus.

During the transition to a tobacco-free campus, FGCU renovated the designated smoking areas into shaded seating areas.

The designated smoking area was located between Reed Hall and Whitaker Hall, connected to the main sidewalk.

This renovation also took away all of the smoking urns on campus.

Now, smokers are often seen behind Reed Hall at the picnic tables by the pond, such as the recent incident that occurred on March 18.

The student was informed about the violation of the university rule, issued a warning and had to go through FGCU’s conduct process.

“The ban didn’t stop people from smoking. They moved from one area to a more hidden area,” said George Brown, an FGCU landscaping and groundkeeper. “Smokers tend to be messy people. Where they moved is now very dirty. There is little to no enforcement of this rule by university police.”

After the smoking sections were redone and the smokers relocated, students began to notice the additional littering.

UPD encourages students and staff to approach people who are smoking on campus and politely ask them to put out the cigarette. If the situation escalates, UPD should be notified.

Along with the ban, FGCU Student Health Services began to offer cessation sessions for students and faculty.

“The idea of the tobacco ban is good, but if there is no enforcement then there will be no change,” Skidmore said. “I support the tobacco ban because I want a cleaner school. I hope that other students will stop smoking on campus so the ban can have more positive effects.”