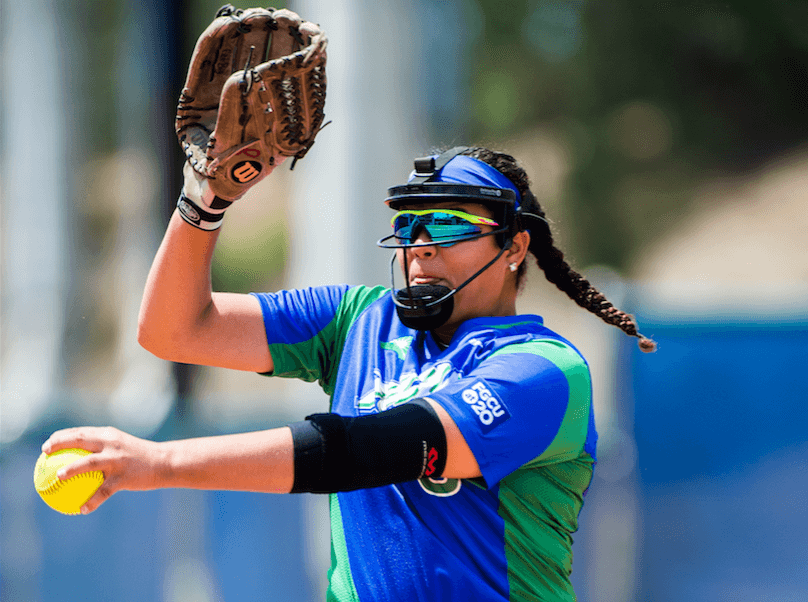 Coming into its weekend series against Kennesaw State on a seven-game losing streak, the FGCU softball team split its doubleheader on Saturday to claim its first victory since April 2.
Playing their fourth and fifth straight game on the road, the Eagles fell in game one, 4-3, before defeating the Owls 3-0 in game two on Saturday, April 22.
With a 1-0 lead in the top of the fifth in the series finale on Sunday, the Eagles’ match against Kennesaw State was cancelled due to weather.
In the circle for the Eagles in game one, Riley Randolph got the Eagles going in the first inning by striking out the side.
Following Randolph’s perfect inning, LuLu Newmark set the tone for FGCU’s offense with a leadoff double. After Bri Innamorato signaled to put runners on the corners, Jeani Verderese plated Newmark from third to give FGCU a 1-0 lead.
With two runners on base, Bree Tourtillott cleared the bases with a double to left field to give the Eagles a 3-0 lead heading into the bottom of the second.
Cutting the Eagles’ lead to one in the third inning on three hits, the Owls scored again in the fifth to tie the game at three.
Despite Randolph taking care of business in the circle recording 10 strikeouts, the Eagles were unable to get the go ahead run in the seventh and eighth inning, leaving a runner on base in each inning.
With a chance to take game one in the bottom of the eighth, the Owls recorded a double and a single to take a 4-3 game-one victory over the Eagles.
Following Randolph’s ten strikeout performance in game one, Taylor Wade went to work in the circle for the Eagles in game two.
After the Owls got the first hit of the game in the third inning, the Eagles scored the first run of the game thanks to an RBI groundout by Raquel Fournet that plated Kelsey Huff from third.
With Wade’s shutout performance continuing in the circle, the Eagles loaded the bases with two outs but failed to bring anyone home in the fifth.
Looking to add some insurance runs heading into the backend of the contest, Fournet led off the sixth with a double to left center. Two batters late, Innamorato hit a homerun to give the Eagles a 3-0 lead.
Allowing just one hit in the final two innings of action, Wade secured the Eagles’ victory that snapped an eight-game losing-streak.
“After a really demoralizing defeat in game one where we had the lead and couldn’t hold it, it was great to get a super performance from our team in game two,” said FGCU head coach David Deiros to FGCU Athletics. “Taylor (Wade) threw an absolute gem and our defense stepped up in a big way turning a few double plays.”
With the series up for grabs in the series finale on Sunday, Randolph had a perfect game through five innings but the game was cancelled due to weather.
The Eagles will continue their ten-game win streak when they head to Tampa for a double header on Thursday, April 27 against USF.