Apollo Fresh strives to be a light in the music industry 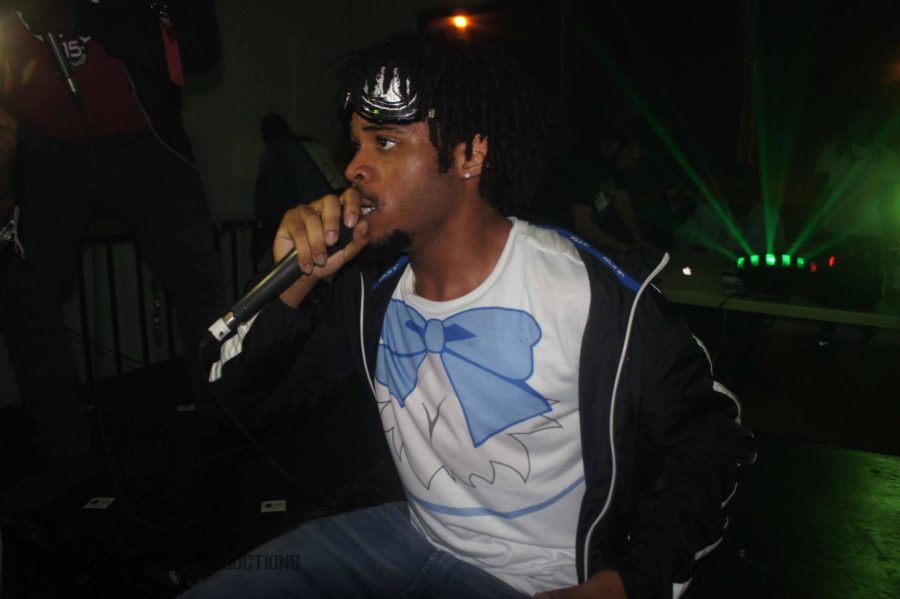 Jonathan Appolon, known to those hip to Fort Myers’ underground rap scene as Apollo Fresh, is an FGCU student making major waves with his music.

Though the name does play on his last name, Appolon has another reason for his alias.

“I chose Apollo because Apollo is the Greek God of the Sun, Light and Music,” Appolon said. “I want to be a light to the world, as well as a master of my craft, which coincides with what the god Apollo represents.”

The Broward-county-native started making music in his junior year of high school in the program, GarageBand, and has been hooked ever since.

“With the music I currently have released, my genre is a subgenre based in hip-hop/rap and is very new age with a different sound,” Appolon said. “The subgenre may be prominent in South Florida but I’m not sure what it’s called. Even then, I sound very different than others in that category. I plan to further expand musically and defy genres and eventually create my own genre.”

Appolon’s first FGCU performance was at the Eagle Radio Listening Party on Nov. 21, 2016.

He described it as a “cool experience,” since most of his performances previously have been in Broward and Dade counties.

He got to show a new side of himself to his FGCU peers.

“I could tell that everyone in the crowd enjoyed it but many had to soak it in because they haven’t heard or seen anything like it before,” Appolon said.

Appolon performs two to three times monthly and has performed with other South-Floridian artists, like JK the reaper, Ski Mask, the Slump God, Lil Pump, Robb Banks and more.

“I really only do my own original songs unless someone pays me to feature on their song, and even then, the song is still an original piece of work,” Appolon said. “I might also create a new song from a used beat. For example, I have done my own take on lil Uzi Vert’s song ‘Super Saiyan’ with my own lyrics and new flows.”

Not only does the rapper perform his own songs, he writes the lyrics himself.

“Inspiration can literally come from anywhere for me,” Appolon said. “I usually listen to the instrumental and let it see how it make(s) me feel, then I respond with lyrics. The best songs come out when I feel a certain way, and the instrumental embodies what that feeling sounds like.  I am (also) extremely inspired by Anime.”

As for aspiring FGCU musicians, Appolon had some words of encouragement, including five things he wanted them to know.

“The first is (to) figure out who you are and what makes you different and then embrace it fully, then reflect that in your work,” Appolon said. “Second one is (that) you have yourself, stay true to yourself as you grow and discover more of yourself. Do what you want and feel, not what anybody else wants you to do. Third, go for it with your all. Show the universe how bad you want it while you manifest what you need.

He added that, “you should never give up and you shouldn’t want it if you want it bad eough.”

“Stay positive and look forward. Cut all negative speech out of your life. You would be surprised how much it affects you,” Appolon said.

His last piece of advice is that you shouldn’t limit yourself.