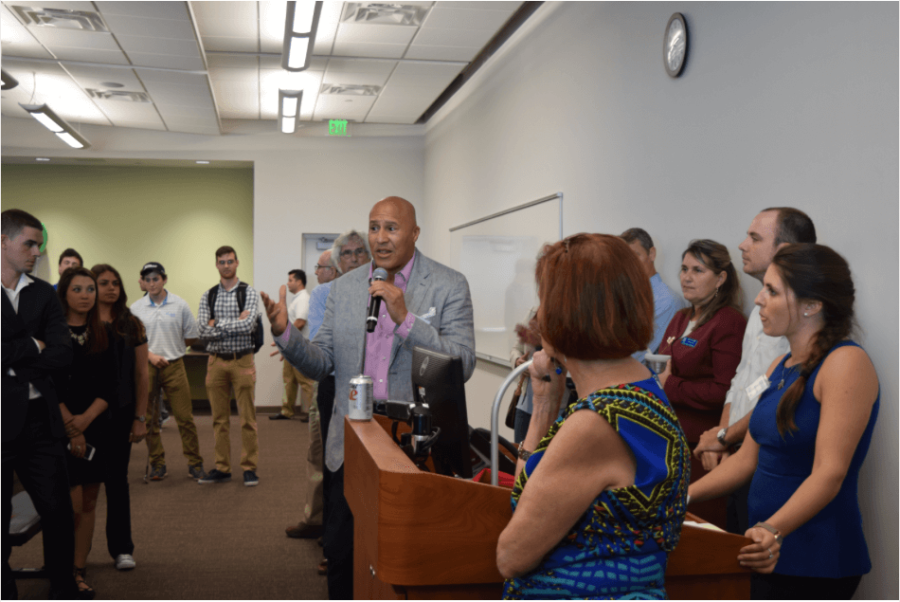 The Lutgert College of Business and the U.A. Whitaker College of Engineering will once again team up to hold the Eagle Biz Awards on Friday, April 28 from 11 a.m. to 3 p.m. at the Emergent Technologies Institute.

The Eagle Biz Awards, held by the FGCU Institute for Entrepreneurship, rewards both entrepreneurship and engineering students by allowing them to compete in teams to create a prototype of a product as well as a business plan that solves a problem in society.

According to a press release, during the event, groups will present their prototypes to a panel of judges in a pitch-style setting from 11 a.m. to 2 p.m.

The judges will consist of entrepreneurs from the local community. There are, on average, 15 to 16 judges who review students’ projects.

The event is open to the public and will include a raffle drawing that will raise funds for student initiatives through entrepreneurship.

Students in both engineering and entrepreneurship classes work together throughout the semester with Institute for Entrepreneurship director Sandra Kauanui and assistant engineering professor Joe Cuiffi to create their prototypes.

They are also paired up with community mentors that assist them in the creative process.

The winning team from December’s competition from the New Venture Lab course was Go Lite, which aims to make clean, renewable energy accessible to developing countries while also benefiting those countries.

Last spring’s winning team was ILLUMITIZE, a visual alert system that was designed to encourage employees and visitors of a hospital to sanitize their hands before touching patients.

Lutgert College of Business dean Robert Beatty attended the Eagle Biz Awards in December and was impressed by the creativity and ingenuity that students demonstrated.

“Even though people are very creative, it has to be brought out, and Dr. Kauanui and the several entrepreneurs who volunteer their time to help these kids think creatively and come up with new ideas is evident in that room,” Beatty told Eagle News last December.

For more information on the Eagle Biz Awards and the IFE, visit www.fgcu.edu/cob/ife.