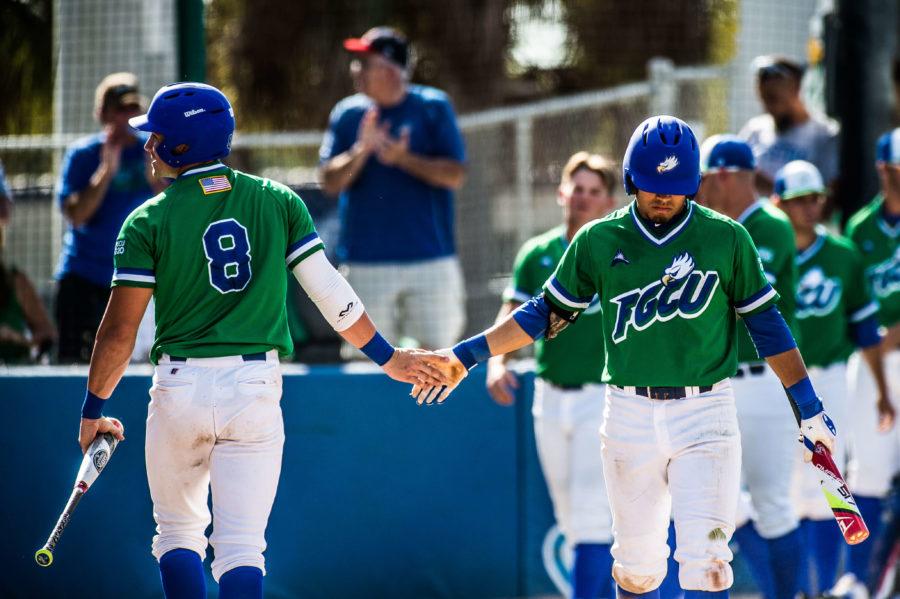 For the first time in program history, the FGCU baseball team advanced to the NCAA tournament after winning the ASUN tournament Saturday night with two wins over Jacksonville.
Coming into the tournament as the No.3 seed, the Eagles won five out of the six games to receive their automatic bid.
After No. 5 Kennesaw State defeated No. 2 Stetson, FGCU played the Owls in the winner’s bracket on Thursday.
Despite winning the last three games of the season verse Kennesaw State, the streak came to an end with a 6-3 loss, sending the Eagles to the loser’s bracket.
Looking to remain alive in an elimination game verse Lipscomb the following day, senior Garrett Anderson took the mound and managed to pick up the win in another 3-1 game.
Shortly after that game, FGCU was right back at it looking for a spot in the ASUN Championship game verse Kennesaw State.
After the teams traded runs in the first, FGCU scored four more times off Erich Stahl and led 5-2 going into the seventh.
Loading the bases in the home half, FGCU picked up its second walk-off win of the season on an RBI hit by Matt Reardon.
Jacksonville came into the finals undefeated, but FGCU needed two wins to take the championship.
In game one, after trailing 2-1, ASUN player of the Year, Nick Rivera, hit his 17th home run to tie the game at two.
RBI doubles from Matt Reardon and Alex Brait put the Eagles ahead later in the sixth.
In the final game of the tournament, FGCU trailed 3-1 heading into the ninth.
The Eagles got the first two men on and after a successful sacrifice bunt by Jake Smith, Julio Gonzalez tied the game with a two run single.
Parker Hamilton retired the Dolphins in the ninth and FGCU took their first lead of the game in the tenth as Coffers scored the winning run in the top half on a wild pitch.
“We got a great a start for (Sterling),” said Tollett. “He is a bullpen guy and to see him come out there and give us those quality innings and we just pieced it together. We had guys that threw yesterday. They’re putting their cleats on the sixth. That probably what I’m most proud of.”
Herring, Rivera, and Koerner received post season awards as well as Coffers who finished with a .500 average driving in five runs and scored six to earn the MVP honor.
“It’s just for the guys like Nick Rivera and all the seniors,” said Coffers. “You play for them and you don’t want their last game to be a loss. The dedication we have for each other, the love we have for each other, is what propelled us to win this game.”