Irma could be Florida’s worst hurricane 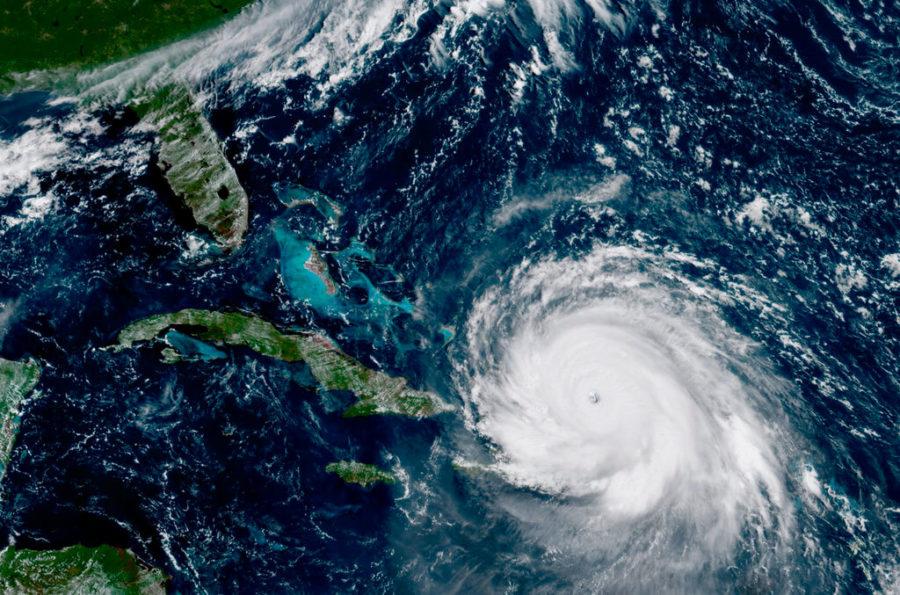 As Hurricane Irma charges towards south Florida, Gov. Rick Scott has been travelling across the state urging residents to prepare for the dangers they may soon have to brave.
In an interview with ABC News, Scott said, “I want everybody to understand the importance of this. This is bigger than Andrew…”
Category 5 Hurricane Andrew devastated Homestead in 1992, causing 62 fatalities and 26.5 billion dollars in damage.
It was the worst hurricane Florida ever faced, until Irma.
As of 8 a.m. today, Irma is projected to strike the east coast of Florida, causing potentially catastrophic flooding to low lying areas like Miami-Dade and Broward counties.
At the state Emergency Operations Center in Tallahassee this morning, Scott said, “My biggest concern is the amount of storm surge this will bring.  We’ve never seen this before…not even with Andrew. This can kill you.”
Storm surge is a rapid rise in sea level caused by areas of high and low pressure. It is often the most devastating effect of hurricanes because of the mass damage this kind of intense flooding can cause.
Irma is expected to cause anywhere between 15-25 feet of storm surge if she makes landfall in Florida.
The possibility of this much storm surge, in combination with Irma’s 180 mph winds, has caused the Florida Emergency Operations Center to issue a threat level of 1, the highest threat level possible.
Scott has activated 1,000 National Guard service members to assist with the damage Irma is expected to cause. According to the latest release on the Florida government website, the National Guard has “13 helicopters, 17 boats, and over 700 generators on standby.”
But what Floridians most need right now, is fuel.
“I am doing my best to make sure everybody has fuel,” Scott said. “We’re doing everything we can to make sure people have the fuel they need to evacuate.”
Scott urged residents to “take enough but only what you need”, so that if more mandatory evacuations are ordered, people will have resources available to reach safety.
Florida is experiencing a shortage not only in gas, but also in other essentials like water and bread.
Widespread panic across the state has caused residents to stock up on as much as possible, leaving stores with very little for those just beginning to prepare for the storm.
While all   provoke anxiety in residents, Irma has made Floridians particularly anxious because of the amount of unknowns associated with her path.
The latest update shows Irma traveling up the east coast and towards the Carolinas, but there are still models showing a western or central path.
“We don’t know if it’s going to hit the west coast or the east coast. So, everybody has to get ready,” Scott said. “We do know that there is going to wind. We do know there is going to be massive rain. You’ve got to listen to your local officials…be prepared, get ready, have a plan.”