Floridians brace themselves as Hurricane Irma inches toward south Florida 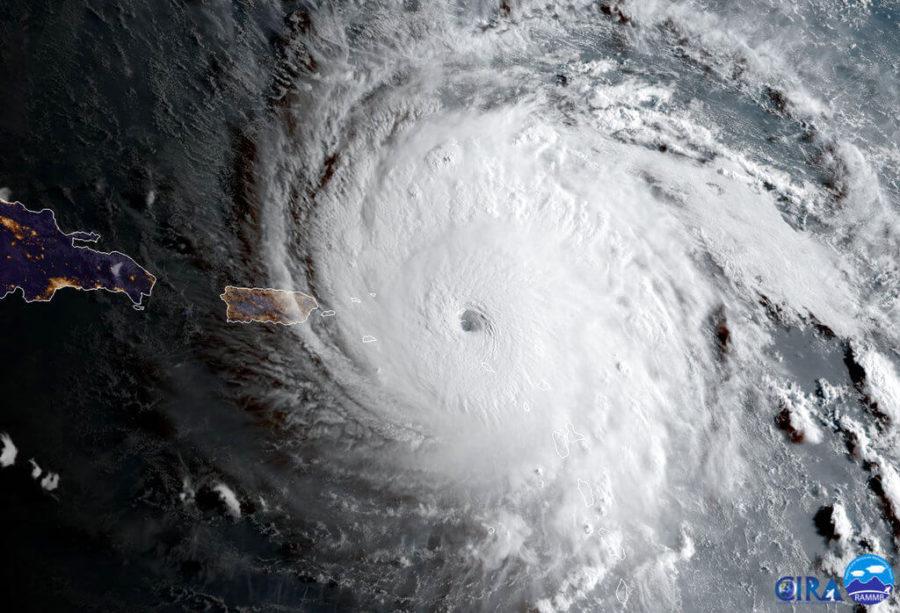 As Hurricane Irma pummels north of Puerto Rico, Floridians brace themselves for the possible landfall of Irma – one of the most powerful hurricanes recorded in the Atlantic.
According to the National Oceanic and Atmospheric Administration, as of 11 p.m. Wednesday, Irma is moving west-northwest at 16 miles per hour with sustained winds of 185 mph, maintaining its Category 5 status.
Haiti, the Virgin Islands, the Bahamas, the Northern Leeward Islands and the northern coast of the Dominican Republic are under a hurricane warning according to the NOAA, while parts of Cuba and the northern Bahamas are under a hurricane watch.
Irma is expected to turn north toward South Florida on Saturday, and cities in the Florida Keys can expect to feel effects of the storm as early as Saturday.
Although hurricane models project the hurricane to turn toward Florida’s east coast, the hurricane’s exact path remains unclear, prompting mandatory evacuations in Monroe County and Miami-Dade Counties.
Coastal communities in Georgia and South Carolina are encouraged to monitor Irma’s progress, should any changes occur.
Hurricane Irma is said to be one of the strongest storms ever recorded in the Atlantic, and is responsible for at least three deaths in the Caribbean according to ABC News.
In a media briefing Wednesday night, Florida governor Rick Scott warned residents that Irma is stronger than Hurricane Andrew and urged residents to not ignore evacuation orders.
“It’s important not to focus on the exact path of the storm,” Scott said. “A storm of this size could have effects state-wide and everybody should be prepared.”
Gov. Scott also addressed gasoline shortages, and said he spoke to the governors of South Carolina, Georgia and Alabama to retract truck regulations, like driving hours and truck weights, to facilitate the shipment of gasoline.
Additionally, the governor activated a total of 1,000 Florida National Guard members and about 6,000 members are expected to arrive early Friday.
Florida highway tolls have also been waved to assist with evacuations.
For those waiting out the storm, it is important to note that first responders do have restrictions during storms sustaining winds of 45 mph or above.
When winds are too strong, emergency vehicles cannot respond to emergency calls for safety reasons. Emergency calls are still received and logged at the 911 center, however, emergency personal will respond to the list of calls when winds slow down.
Here are some things you can do to prepare for Hurricane Irma:

Buy an ample supply of water (at least one gallon per person, for three to seven days)
Buy batteries
Buy non-perishables (for three to seven days)
Have access to a First Aid Kit and necessary prescriptions
Listen to the radio for hurricane updates
Have flashlights in case of a power outage
Make sure to have extra money (cash) on hand for emergency purposes
Secure important documents (ID, passport, Social Security number, etc. )
Have sufficient pet supplies (Food, water, medication, cages)