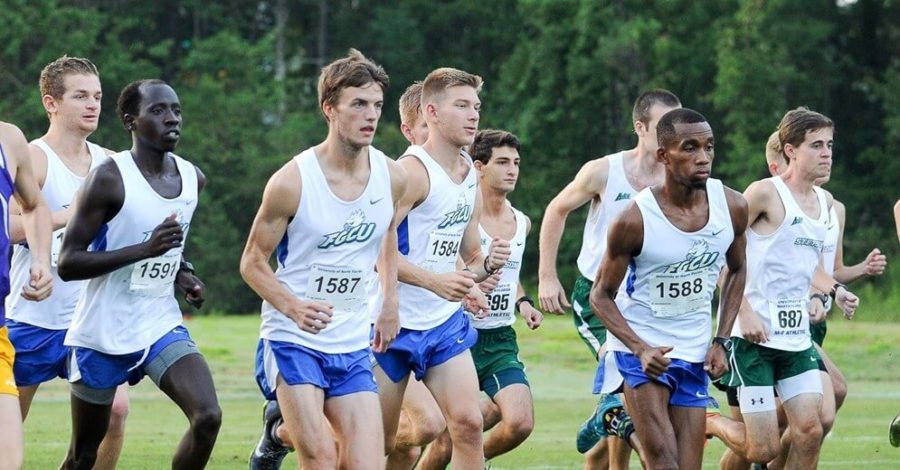 Carley Lutzow and Carlin Berryhill each earned All-ASUN Conference recognition as the FGCU women’s and men’s cross-country teams finished seventh and fifth at the ASUN Championship.
“The result was not what we expected from our program,” FGCU head coach Cassandra Goodson said. “That being said, however, our group ran their hearts out. I’m glad Carlin received all-conference recognition and was able to represent FGCU and the people who support him daily. Carley had an unbelievable day. She deserves this. She’s constantly striving to better herself on and off the course. She ran fearlessly, and it paid off in a big way.”
Lutzow ran a season-best 18:00.5 and finished seventh individually in the women’s 5K. She earned First Team All-ASUN recognition and helped the Eagles finish seventh as a team. Her finish also marked the second best individual finish in program history.
Angela Cruz Gonzalez finished second for FGCU with a 30th place finish at a time of 19:46.9. Devin Molloy and Jessica Hanley finished 47th and 48th, with times of 20:40.2 and 20:41.7.
For the women, it was the fourth time in program history that FGCU recorded a seventh place team finish in the ASUN Championship.
On the men’s side, FGCU finished in fifth place as a team with a score of 135. This was the program’s second straight fifth place finish at the ASUN Championship.
Individually, Cole Pruim earned a spot on the ASUN’s All-Freshman Team with a time of 26:03.8.
Berryhill finished 13th with a time of 25:11.5 and earned Second Team All-ASUN recognition for the second straight season. He is now the program’s second two-time All-ASUN runner, joining Troy Clark, who finished 13th and 10th in 2014 and 2015.