Eagles score 58 points in second half to defeat FIU 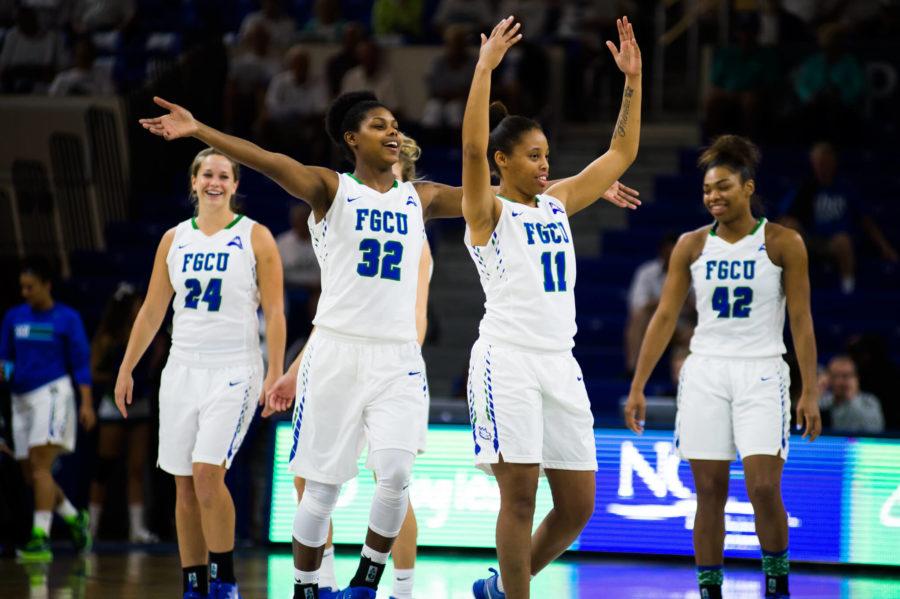 Despite a slow start to the game, the Eagles rallied to beat FIU 88-52 in the first of eight games away from Alico Arena.
After winning the opening game versus Illinois in dominant fashion, FGCU struggled early on versus a team the Eagles beat by 47 a season ago, the Panthers, but they managed to only trail by three at break and ultimately scored 58 points in the second half to earn the win
Nasrim Ulel once again set a career-high in points with 28, and Rose-Marie Julien added a double-double with 24 points and 10 rebounds. Tytionoa Adderly had 16 rebounds to lead the team.
“We played a great second half,” FGCU head coach Karl Smesko said. “We shared the ball and took high quality shots. We also had good effort on the boards.   Nasrin, Rose and Ty all had big games.”
The Eagles started the night by missing their first four shots as well as missing two free throws, but Julien, who was feeling better after only playing thirteen minutes in the home opener, knocked down the first three for FGCU.
With just over two minutes remaining, the Eagles would go on to open a 10 point lead late in the first quarter, but FIU would trim it to five as the first quarter ended.
The Panthers would continue their run, going on a 15-2 run to grab a three-point lead and force Smesko to use a time out.
However, circumstances quickly changed out of the break. With Taylor Gradinjaan and Nasrim Ulel knocking down threes, the Eagles got out in front by seven in the third quarter thanks to a 15-5 run, forcing FIU to burn a time out.
This would not stop the Eagles. Julien knocked down her next two pointers, and, despite trailing by three coming into the quarter, FGCU opened up a commanding 63-48 lead, outscoring FIU by 15 in the third quarter.
With the Eagles going on a 25-0 run at one point, the Eagles would then only allow four points in the final 10 minutes while outscoring the Panthers 26-4 in route to the win.
The Eagles will go on to play Kent State on Friday.