Eagles struggle early but rally late to move to 5-0 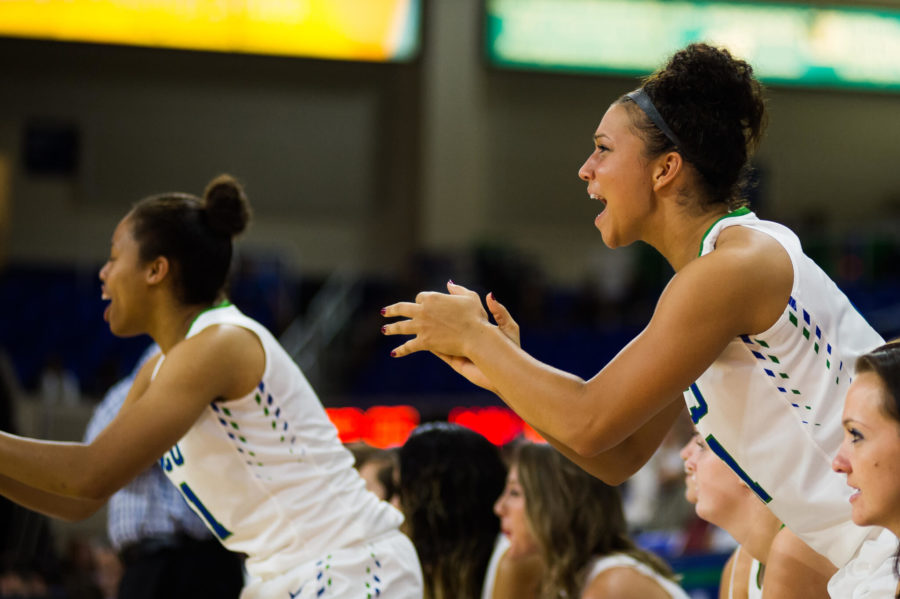 Playing in their third game in four days, the Eagles struggled mightily early but found a way to play a dominant fourth quarter, beating Sienna.
China Dow led FGCU with a double-double, as she finished with 20 points and 12 rebounds. Taylor Gradinjan went 4/10 on three pointers to score 16.
“I thought Siena was really aggressive,” FGCU head coach Karl Smesko said. “They had most of the energy and outplayed us for three quarters. Fortunately, we took it up a notch in the fourth quarter and we were able to knock down some shots.”
FGCU found a way to get a win on the road, even while shooting 33 percent from the floor and having the leading scorer this season, Nasrin Ulel, have zero scores.
Despite leading by three in the first, after the first quarter, the Eagles took a little over three minutes to get their first basket from Dow.
The Eagles then went on trail by as many as six in the second  quarter, but Tytionia Adderly knocked down a three-pointer to bring FGCU within three. Dow followed that up with a three of her own, as the Eagles tied the game at 22. That was it for the first half, with FGCU scoring a season-low 22 points.
The second half didn’t start much better for the Eagles as Siena went on a 13-3 run to begin the second half. Once again, FGCU hit a couple of three-pointers from Gradinjan and Lisa Zderadicka, cutting the lead to four late in the third quarter.
Zderadicka missed a three right before the buzzer, but Dow was able to grab an offensive recount and pick up an assist on another Gradinjan three. FGCU went into the final quarter down three.
FGCU hit another three to begin the fourth quarter, and Gradinjan was able to bring the Eagles back to level after going one for two on free throws soon after. The Eagles ended up scoring the next 11 points to take an 11-point lead. They hung on despite Siena’s late run, continuing their undefeated season.