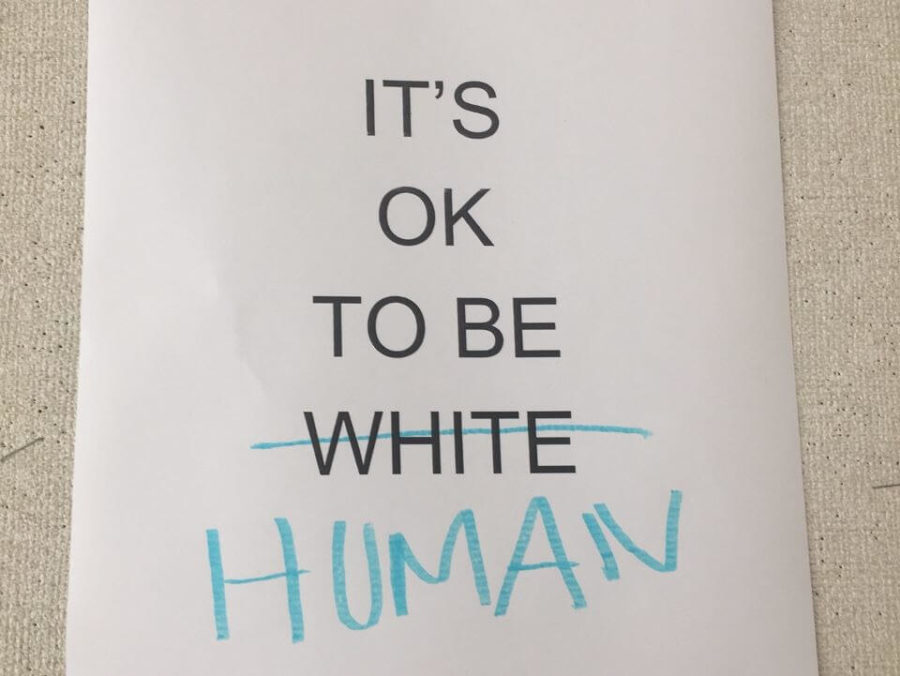 The university police department is asking for information on a man who was identified in placing “It’s OK to be white” flyers inside academic buildings.


On Tuesday, Jan. 16, UPD removed several flyers from the buildings, and review of the video footage depicted a man in a dark blue hoodie holding a black backpack who was responsible for placing the flyers, according to university police.
Although not considered a crime to post the flyers, UPD Chief Steven Moore said the method of posting “violates University policy.”
The placement of the controversial flyers is the second in two months, with the first occurring on Nov. 6, 2017.
The controversial “It’s OK to be White” movement allegedly began on the image board site 4chan, and has spread to public spaces and universities across the globe.