Patriots: A look inside the author’s brain 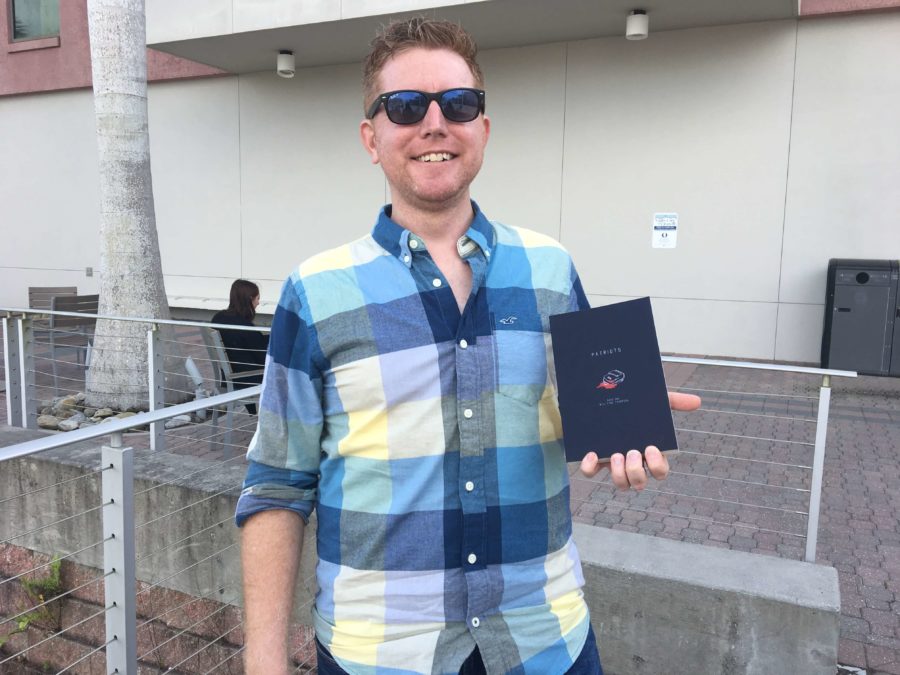 
‘Patriots’, the first of the books written by Will Kane Thompson, talks about the political atmosphere and mystery behind a student tragedy and the exploration of all sides of a thriller mystery. ‘Patriots’ is a mystery novel centered around a student that sets off a bomb and the political field surrounding it. Thompson started as a student writing at UCLA, and then continued his journey with ‘Patriots’.
“I was in grad school at UCLA for screenwriting and I had representation and all of these things and I was trying to get ‘Patriots’ sold as a TV series,” Thompson said, enthusiastically beginning his explanation of his journey with the book. “I was basically told by my manager that it was too controversial for someone who was brand new. So as a TV series, it just kind of sat there for a while. It sat there for a few years, but I just couldn’t let go of the story.”
When reading about tragedies at other colleges, Thompson knew that this was his chance to write a book that related to the world currently. “I was just like ‘This is my novel! I need to write this book.’ So, I quit an amazing job at Bloomberg and took off for two years to write this novel.  I was looking for it to have as much authenticity as possible, so I went on this road trip to schools like my undergrad, Clemson, and did focus groups.”
In preparation of the novel, Thompson had spent time at FGCU.
“I had no meetings set up, I thought FGCU was going to be a waste of time. I thought I’ll still go, because I got the hotel room. Who knows what will happen?” Thompson said. “I think I had planned initially three days here but immediately, things that were in the book were here. The biggest thing was the students having their own private beach, the crazy guy yelling that ‘you’re all going to hell!’. This just felt like a smaller version of the college that I made up.”
What was supposed to be three days at FGCU, for Thompson, became more than a month. The author spent that time writing by the library and observing the events on campus. “When I came here, I just fell in love,” Thompson said.
The book talks about the story of a bomb that’s set off by a student on a college campus where political tensions are high. “You’re trying to find out which of these students is gonna do this thing,” Thompson said. “It’s exploring what makes young people go to such extremes. It’s very now, very sort of the ‘political crisis’ that the next generation will be facing.”
‘Patriots’ is book one in a series that Thompson hopes to be able to write a second book for. “Hopefully if enough people like it, I’ll jump into book two. I won’t keep you on edge for the entire series to find out who did it. You definitely find out in maybe the first page or first sentence of book two. Then it turns into wondering if they’re going to get caught.”
Thompson is always writing something new and is currently working on other projects as well. “I always felt that I was a storyteller,” Thompson said. “I don’t really care as much for the medium. I think ‘Patriots’ became a much better novel than a TV series. As a TV series, it was more plot driven. I wanted Patriots to be more internal and intellectual, which is so hard to do with a TV series.”
When speaking to Thompson, he has good advice for those that may want to write a book or do any sort of published work: “It sounds so cliché, but there is no better advice than to focus on your story. The best thing you can do is really to write that unique story. Try to put things together that haven’t been put together before.”
To read ‘Patriots’, you can check out Amazon or Barnes & Noble or check out the website at https://www.patriotsthenovel.com/.
Delete Image
Align Left
Align Center
Align Right
Align Left
Align Center
Delete Heading