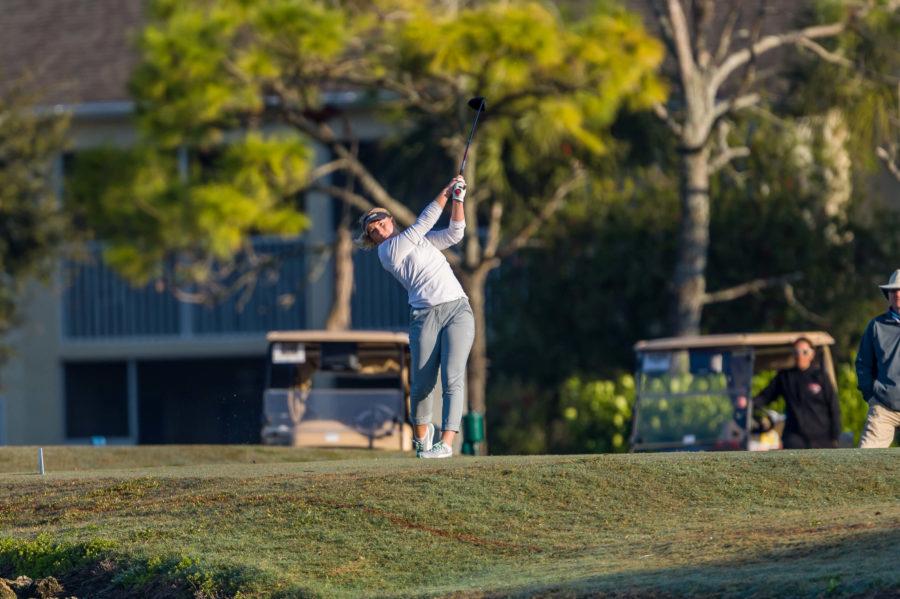 In their first tournament of 2018, the FGCU women’s golf team finished as the runner up in the Women’s Mid-American Match Play Challenge to #22 Kent State.
The Eagles won four of their five matches against Ohio University led by Ashley Kimbrough who won 7&5. Kelsey Holbert, Natalia Nasser and Madeline Marck-Shrek also won their matches to help the Eagles move to the semifinals.
“I think we started out a little rusty; as you could tell, we had not been in competition for some time,” head coach Sarah Trew said. “However, as we turned to the back nine, we started to gain some momentum and got much more comfortable.”
Holbert, Nassar and Marck-Shrek all won their matches against Northern Illinois again to pick up the 3-2 win in the semifinals, but the 22nd ranked team in the country was too much for the Eagles on Tuesday, as the Eagles fell 2-3.
Holbert and Nassar picked up wins as they both went 3-0 during the tournament, but were unable to get that third win as they settled for a second place finish.
“We knew we were going to have our hands full with Kent State being a top 25 team,” Trew said. “We played hard and came up just short, but I think we gained a lot of confidence knowing that we can go toe to toe with a top program and really challenge them. I think this will be a big step for our program.”
FGCU will have another chance to compete again in the Amelia Island Collegiate on Feb. 19 and 20. They last competed in this tournament during the 2015-2016 season  and finished in ninth place.