Student from George Washington University says Thornhill’s “White Racism” class should be offered across colleges and universities in the U.S. 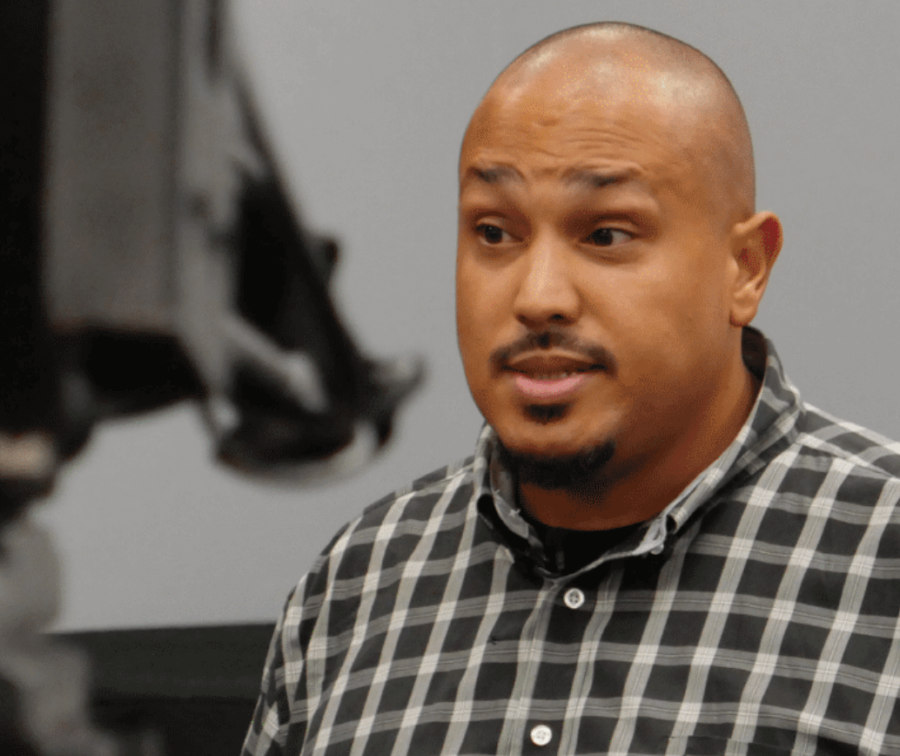 General biology, introduction to sociology, and introduction to American studies comprise just a fraction of the college courses that under- graduate students at accredited colleges and universities register for each semester.

“White Racism” is not a class that would appear among the introductory courses succeeded by the qualitative suffix, “101” in the Spring 2018 course catalog at FGCU, but perhaps it should, given the widespread social ignorance that surrounds the course’s content.

A course newly offered by FGCU’s Sociology Department, “White Racism” examines “ideologies, laws, policies and practices that have established a system in which non-white people are racially dominated by white people,” according to the course instructor, associate professor, Ted Thornhill. The 50-person class facilitates its study of “colorblind” racism and racial microaggressions in weekly lectures, class discussions, “interactive dialogue, and situational observations” that prompt students to first observe a scenario of such racism, and to then determine and discuss the presence of racism in the given example.

“Brief and commonplace daily verbal, behavioral and environmental indignities, whether intentional or unintentional, that communicate hostile, derogatory, or negative racial slights and insults to the target person or group,” racial microaggressions are deeply ingrained in the landscape of contemporary language. “I’m not a racist, I have several Black friends,” “I don’t see color,” and “We are all human beings” are racial microaggressions that commonly surface in everyday conversation, their insensitive implications often unbeknownst to the speaker that verbalizes the microaggression.

Racial microaggressions are, by and large, unintentional. Indeed, “Most White Americans experience themselves as good, moral, and decent human beings who believe in equality and democracy. Thus, they find it difficult to believe that they possess biased racial attitudes and may engage in behaviors that are discriminatory,” write a group of researchers from Columbia University’s Teacher’s College in “Racial Micro-aggressions in Everyday Life.”

It is for this very reason, the inability to acknowledge and to recognize one’s own racial biases, that the potency of an errant racial microaggression is invisible to the speaker.

The Columbia University Teacher’s College researchers note that “Social psychological research tends to confirm the existence of unconscious racial biases in well-intentioned Whites.” Phrased differently, “…nearly everyone born and raised in the United States inherits the racial biases of the society.” Reworded again, people are—as the expression goes—products of their [social] environment. Offered for the first time at FGCU, “White Racism” is an academic means of bridging an educational gap between modern racial identity and social behavior.

“White Racism” strides into the territory of the possible: the possibility of making unconscious racial biases conscious, of making visible the racism that is disguised in the racial microaggressions that populate discursive exchanges, through a curriculum that delves beyond obvious black and white racism to instead embrace the shrouded as a site of explorative analysis.

“This course isn’t based on this idea that overt racial bigotry is the principal type of racism constraining the life chances of Black folks and other folks of color,” Thornhill said. “The essence of the course is based on the fact that we live in a white supremacist society—one based on a racial stratification system where whites are positioned in the most favorable locations within the strata, and folks of color are differently positioned below them, and by virtue of their location, they are afforded different opportunities and resources and life chances relative to whites.”

White Racism” is academically representative in that it is a course that should be offered across colleges and universities in the U.S., certainly—and at the very least—as an elective, if not as a required course. The time that one bides as an undergraduate student at a higher education institution is finite: while college degrees are now seldom earned in the traditionally prescribed four-year window, study at a college or university is nonetheless limited, and the opportunities for intellectual and perceptual expansion that follow graduation from a degree program are increasingly so.

While graduates may, of course, elect to pursue an advanced degree, many will not. The graduate that does matriculate to a graduate program will remain unlikely to register for a class similar to that of Thornhill’s unless the advanced degree sought is one of a sociological or ethnic studies bent.