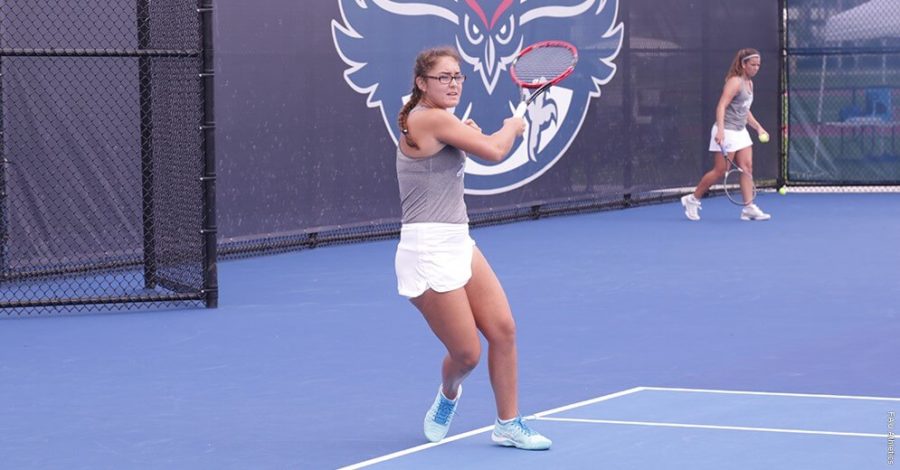 For the first time in her career, freshman Madison Gallegos was awarded ASUN Player of the Week.
Despite the team falling 6-1 against #17 Miami, Gallegos won the lone singles match as she defeated Daniella Roldan 7-6(10), 7-5 at #3 singles for the Eagles.
This is her third dual match win of the season, as she won her last two matches against FAU and FIU and improved her overall record to 8-6 on the year.
This is the first weekly ASUN award given out this year. FGCU currently has a record of 1-2 with the lone win coming against the Owls as FGCU came back from a 3-0 deficit to get the win.
The Eagles will be back in action on Saturday, Feb. 23 at 11 A.M. when Middle Tennessee comes to Fort Myers.