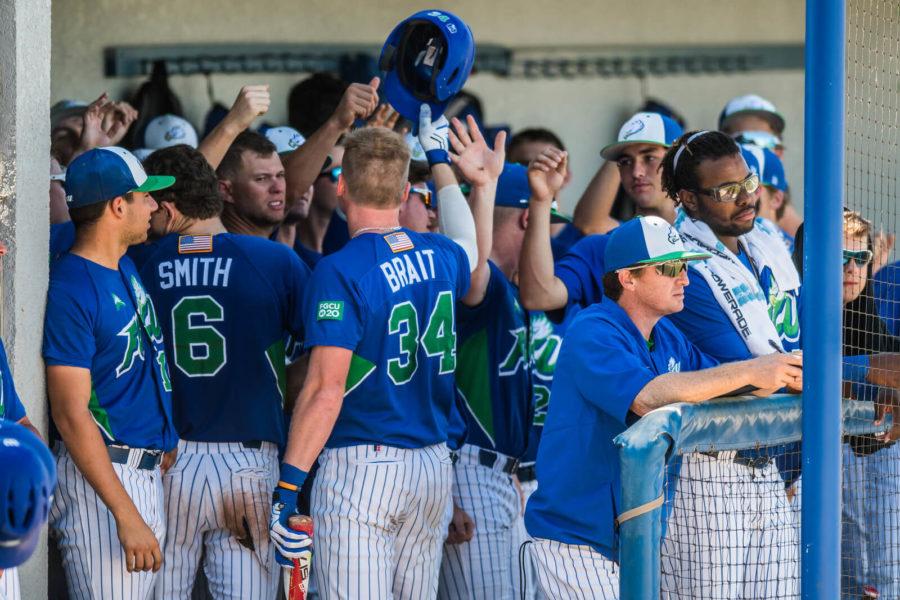 After a walk-off hit on Friday, home run on Saturday and a .400 average through the first four games, Alex Brait was named ASUN Player of the Week after the Eagles swept Eastern Michigan.
Brait went 8 for 20 in the four games and had a three-hit performance in the opener when he singled home the winning run in the ninth inning. Four of the eight hits were extra base hits, as he had a pair of doubles to go along with his triple and round-tripper.
“Coming into the season, you want to start off strong, but I never imagined starting off like I did,” Brait said. “I got to just keep working, keep helping out my team, so we can have a successful season.”
He currently leads the team in slugging percentage at .750 and is only behind Jake Smith in batting average. This is Brait’s first-ever weekly award and the first one of the season for the Eagles.
“Brait, holy cow, that guy is on fire right now,” said head coach Dave Tollett.
The Eagles will remain home this upcoming weekend and look to remain unbeaten to start the season when they welcome in ETSU for a three-game series starting Friday at 6:30 P.M. with game two and three on Saturday and Sunday.