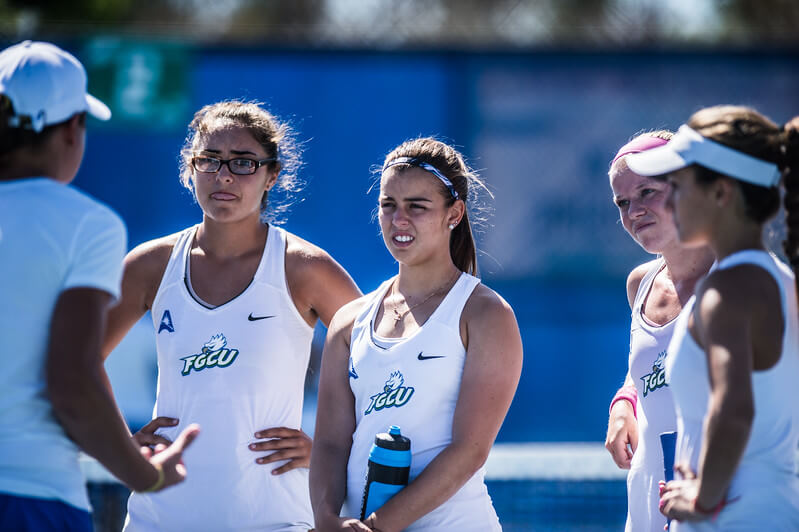 It was a tough day for the FGCU Women’s Tennis team, as they fell 6-1 to Georgia State on Friday morning. The lone win from the Eagles came in singles from Patricia Villar, as she came away with a three-set win.
“Georgia State competed hard against us today,” said head coach Courtney Vernon. “We just ran out of time but with that, we learned and will continue to learn from another opportunity. We will continue to trust the process.”
Both Sophia Perez and Bridget Foster lost their doubles match 6-1, and then quickly fell 3-6 from the duo of Lara Falceto Font and Villar to drop the opening point.
Georgia State cruised to four straight-set wins as the teams played on after the Panthers had already secured the win. Despite Villar getting the win, Ornberg fell after winning the opening set and forcing a second set tiebreaker but could not win either the second or third set.
With the loss, FGCU falls to 2-3 on the season. The Eagles will be back in action on Sunday at 10 p.m. when they face Tennessee at the FGCU Tennis Complex.