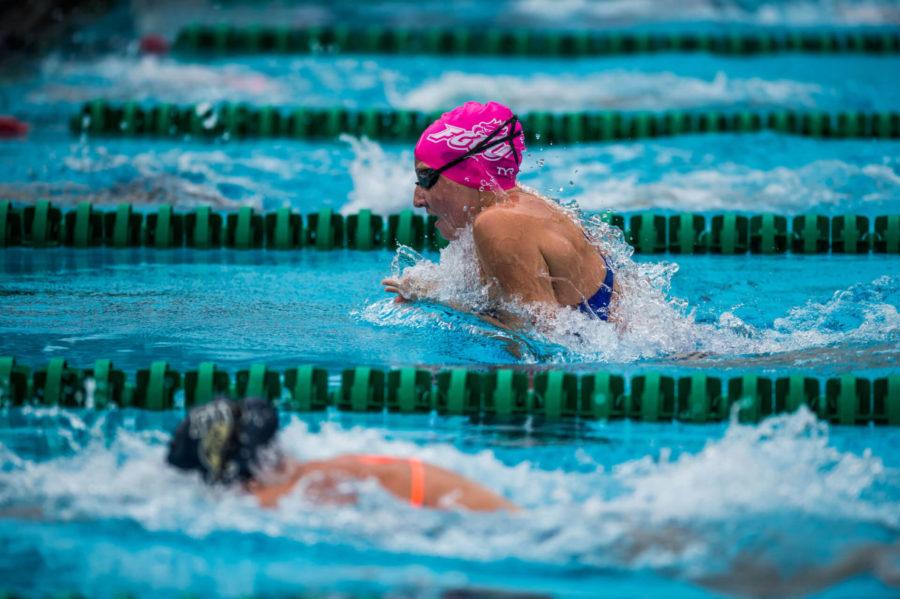 With only three members traveling to Gainesville for the UF Last Meet, the Eagles competed in the UF Invitational.
This was the last chance for Madison Jean, Cassidy Fry and Rebecca Moynihan to qualify for the NCAA Tournament. Unfortunately, the Eagles did not have any swimmers qualify, but they did have a couple of new season-best times.
On Friday, all three Eagles compete in the 50-free with Moynihan clocking in the best time at 23.10 and Fry coming in at 23.37 as the two finished third and fourth respectively. Jean came in sixth at 24.08.
The next day, Jean finished the 100-fly at 55.73 for her season-best time, which was four-tenths of a second higher than what she had at the CCSA Championship. Fry won that event with an NCAA “B” Cut at 53.57. She finished a little over two seconds behind from qualifying.
Up next, FGCU will compete in the NCAA Diving Championships starting on Mar. 8-10.