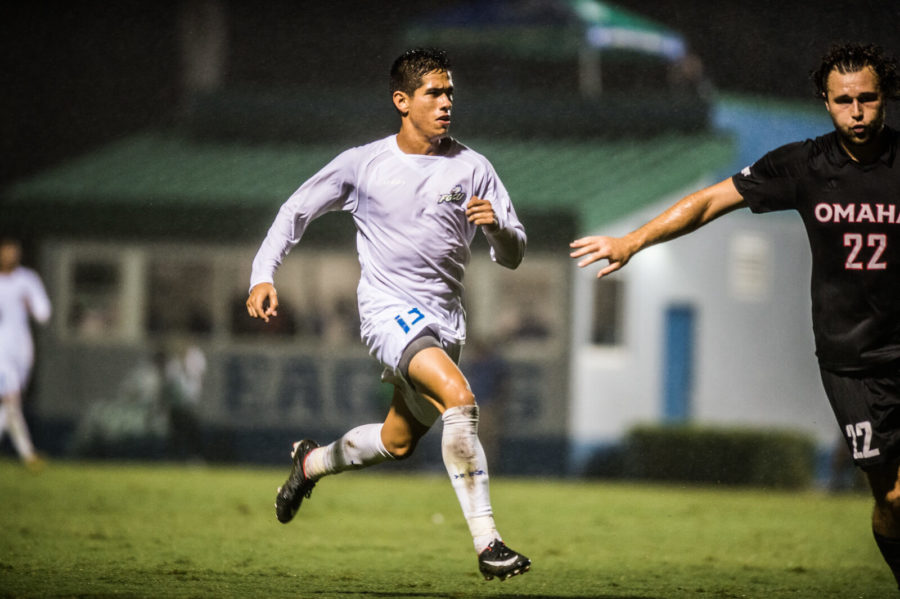 After a successful four-year career for FGCU, Miguel Jaime has signed a contract with Penn FC, which plays in the United Soccer League.
He becomes the second player from last year’s team to sign a professional contract joining Nicolas Samayoa, who was drafted into the New England Revolution earlier this year. Also, teammate Albert Ruiz played a preseason game with the Chicago Fire about a month ago.
Jaime played in 67 games for the Eagles and started in 54 of them. As a midfielder, he scored five goals and had nine assists and 19 points. He played five minutes shy of 4,000 minutes and had one game-winning goal back in 2015 against Stetson. He appeared on multiple All ASUN teams as well as consistently being recognized on the ASUN All-Academic Team.
The Denver native helped the Eagles win their first ever NCAA Tournament game in penalty kicks, with one of the three goals in the shootout before eventually falling to UND in the second round in overtime, playing most of the match down a man.
He was one of two players signed earlier this week and will be joining a team that will be making their USL debut this season with their first game on Mar. 24.
He announced on Twitter  Wednesday saying he was “Thankful for my families, friends, teammates, coaches and FGCU for everything. Excited to get started and grateful for the opportunity. Glory to God.”