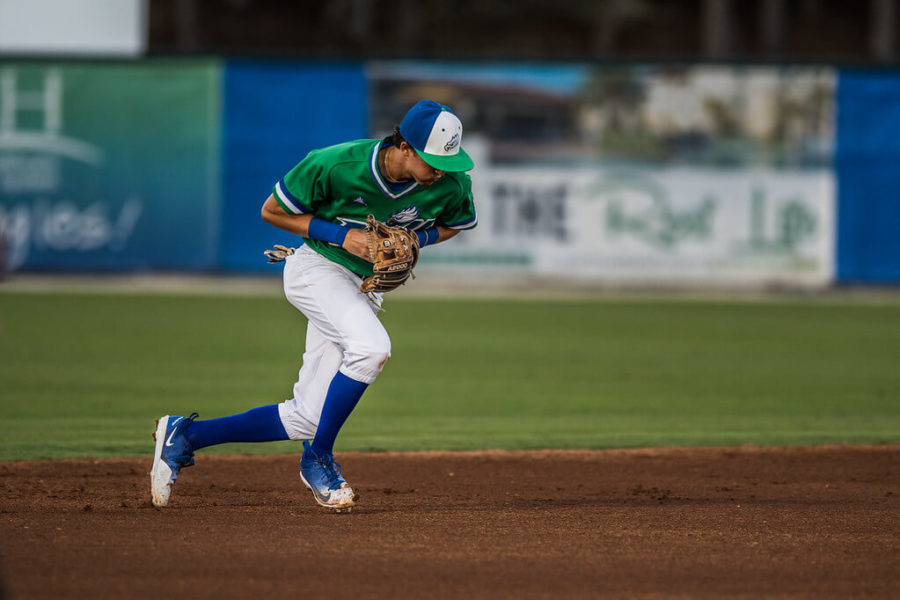 Coming back home after after a successful five for six road trip, the Eagles will welcome in Evansville for a three game series starting Friday night at 6:30 P.M.
Mario Leon is scheduled to pitch in game one for FGCU and Josh Dye and Evan Lumbert are scheduled to throw the weekend games on Saturday and Sunday.
The Purple Aces come in with a 5-5 record and swept a three-game series back in 2016 outscoring the Eagles 19-8.
Evansville has three players entering the series with a .300 batting average or better led by Troy Beilsmith with a .382 average. Andrew Tanous and Tanner Craig have .349 and .310 averages respectively. Beilsmith and Tanous each have two home runs this season.
On the pitching side of things, the Purple Aces have struggled with all three of their projected starters holding an ERA higher than 4.40. Austin Allinger, who is likely to pitch on Friday, is 1-0. Saturday’s projected starter is 1-1 on the season and David Ellis, who will pitch Sunday, is 0-1 with a 7.70 ERA.
FGCU continues to hit the ball well as they have all nine starters batting at least .320. Kohl Gilmore leads the way with a .457 average and has already hit seven home runs this season. Richie Garcia has really turned it on of late and is second on the team in RBI’s.
Despite the 18 runs given up in the last two games, the Eagles still have an ERA just above four and are striking out over a batter an inning.
Following this series, FGCU will travel to USF for a mid-week game versus the Bulls on Tuesday night.