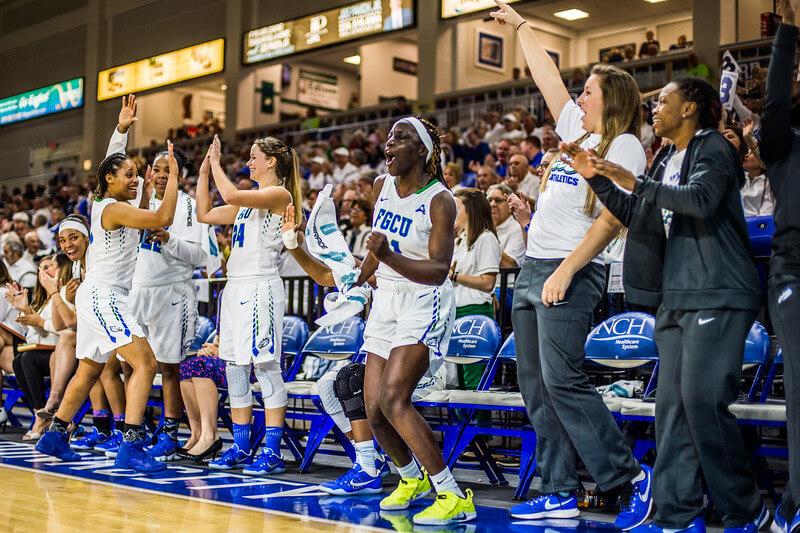 In the first round of the NCAA Tournament Saturday afternoon, the No. 12 seeded FGCU women’s basketball team came away with an 80-70 victory over the No. 5 seed Missouri.
This win secured the Eagles spot in the second round of the tournament. With the victory over a top-seeded SEC team, FGCU becomes the lowest-seeded team to advance to the second round.
Moving forward the Eagles will face the winner of the No. 4 Stanford and No. 13 Gonzaga game. Game times for this Monday game will be announced later this evening.
More in-depth recap coming soon.