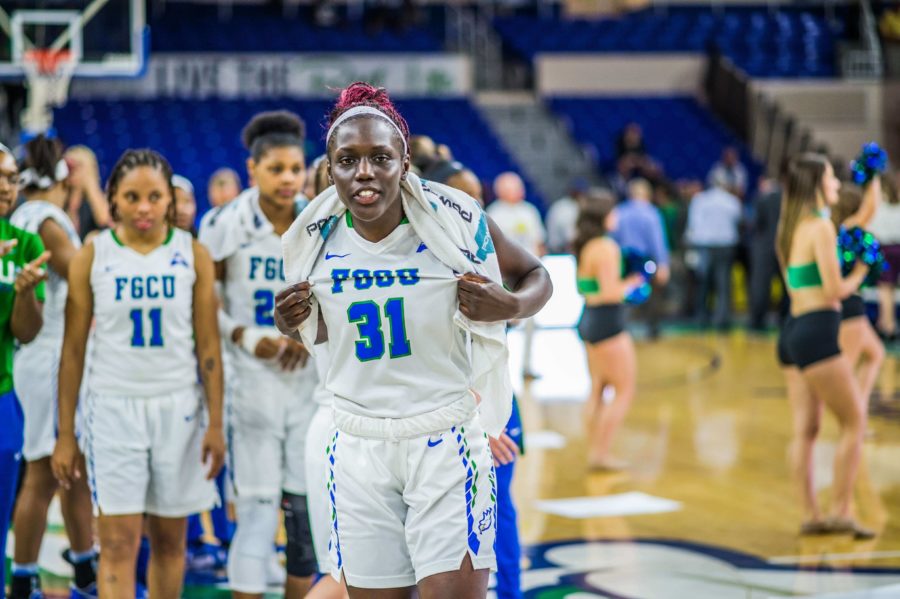 Following an impressive win from (12) FGCU over (5) Missouri, the Eagles will be back in action on Monday at 9 P.M. versus (4) Stanford.
This will be the second meeting between these two teams and will feature two of the four active coaches to have at least an .800 winning percentage in their careers.
“We are really excited to play one of the most storied programs in women’s basketball history with the opportunity to make the Sweet-16, Smesko said. “We’ve all enjoyed our first round game versus Missouri, but we have started our preparation to give a great effort and hopefully come out victorious over Stanford.”
Stanford finished the regular season with a 22-10 record and defeated (13) Gonzaga 82-68. Brittnay McPhee came in leading the team in points as she averaged 16.8 points per game. She has only played in 23 of the 33 games and missed the PLAY4KAY tournament earlier this season that the Eagles competed in.
McPhee only scored 11 points, but also had 11 rebounds. Kianna Williams and Alana Smith combined for half of the Cardinals’ points as they scored 21 and 20 respectively. One weakness of Stanford that could come into play late in the game is that they only shoot 64 percent from the free-throw line and only made 11 out of 20 on Saturday.
They do have eight players at 6 feet or taller, compared to the Eagles’ zero.
“We’re not going to try and be taller than them,” Smesko said.
For FGCU, they are going to need to hit their three-pointers like Saturday as they shot 41 percent from there. Even with the Eagles seemingly in foul trouble all game and having both Rosemarie Julien and Erica Nelson foul out, they still were led by China Dow who finished with 21.
“We’re just putting our name on the map to let people know we are not just a soft, mid-major team. We can compete with the best of the best,”  Dow said.
If the Eagles were to win, they will have a couple of days off before playing the winner of (1) Mississippi State and (9) Oklahoma State.