Valiant effort not enough for Eagles at Stanford 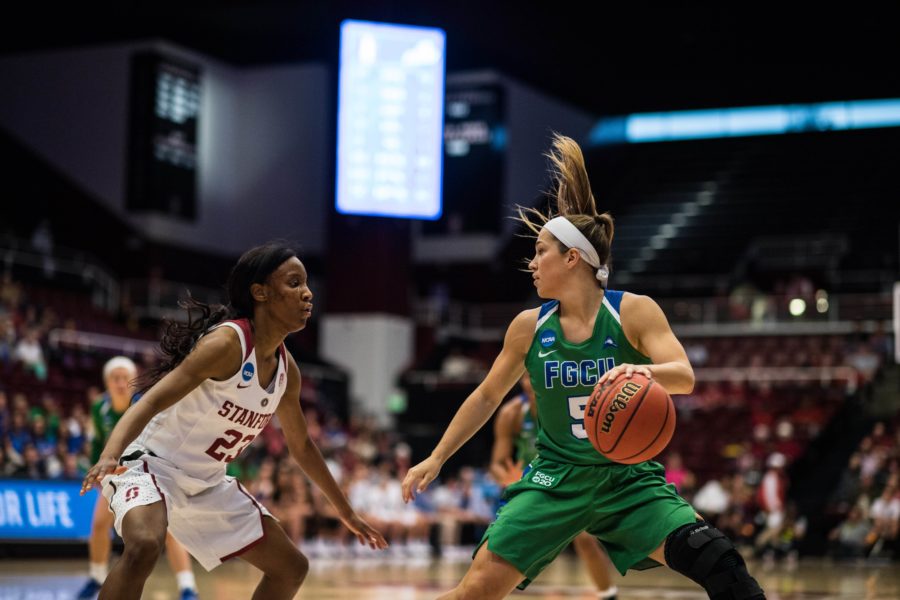 The FGCU Women’s Basketball team put up quite a fight, but came up short at Stanford with a 90-70 loss in the second round of the NCAA tournament.
Despite it being the end of the careers of a bunch of Eagles, they did go out breaking a single season-record of three pointers passing Sacramento State’s record of 424 and finished with 431.
Also not scoring in the first half, China Dow finished with 23 points and Lisa Zderadicka had 16 all off the bench in the game.
More information to come soon.