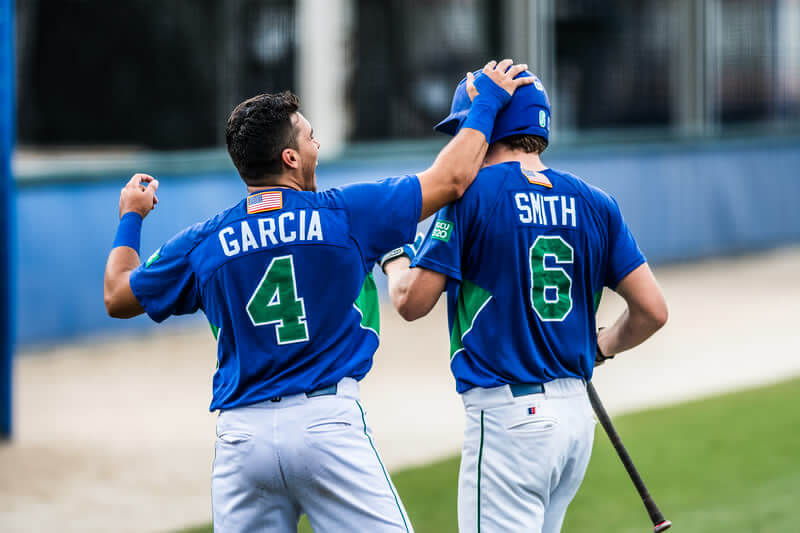 The offense for the Eagles exploded as they put up crooked numbers in the first four innings and cruised to a 13-6 win over FIU.
Brian Wilcox made the start and did not last five innings, so he did not get the win. Sebastian Gruszecki followed him and Tyler Shuck, Trey Vickery and Kenton Herring all appeared out of the bullpen.
“We did a really nice job of taking advantage of their mistakes today,” said head coach Dave Tollett. “We didn’t do a good job of winning the freebie war against Rutgers but we did tonight. We got a lot of productive at-bats throughout the order today and stayed patient when we needed to. Wilcox pitched really well today and gave us what we needed and I thought the bullpen did a nice job the rest of the way.”
The Eagles jumped out to an early 2-0 lead thanks to Marc Coffers and Gage Morey both reaching to start the game. Both would come around to score after an RBI ground out from Kohl Gilmore and an RBI double from Richie Garcia.
They would continue in the second scoring three times in the thanks to some poor defense from the Panthers. Eric Gonzalez crushed his fourth home run of the season in the third to make it 7-0 and FGCU scored four more in the fourth with Proffit knocking in his third run of the game in the fourth, as the Eagles had reached base 17 times.
FIU scored the next four runs, but FGCU continued to pile on runs and the Eagles picked up their fifteenth win of the season.
Up next, the FGCU will welcome in UMBC for a weekend series starting Friday night at 6:30 P.M.