Cinderella programs meet in baseball for first-time in weekend series 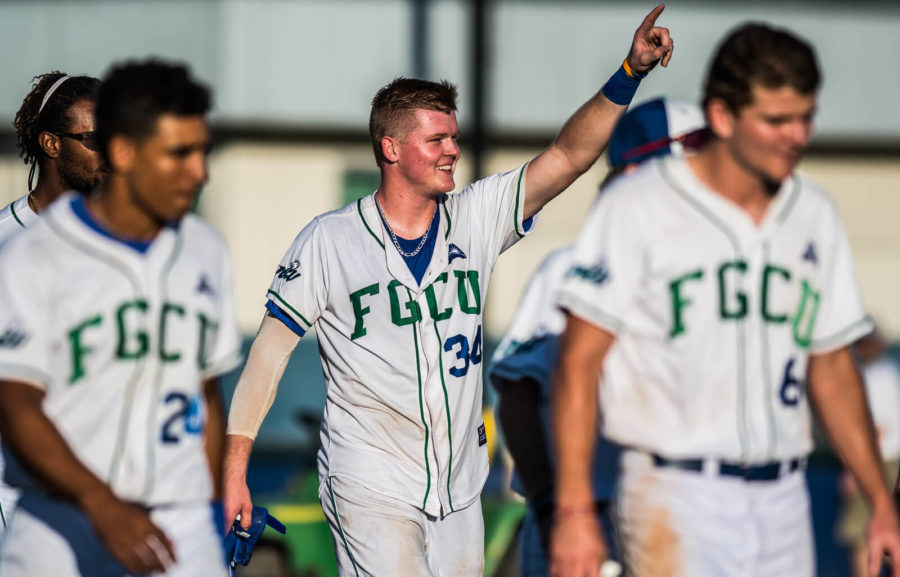 Two schools the pulled off perhaps the biggest upsets in the NCAA basketball tournament will face off, though the two school will play their first-ever series in baseball.
Just a week removed from one of the biggest upsets in all of sports from UMBC over Virginia, the Retrievers will face a university just five years removed from their sweet-16 run from a 15 seed in a weekend series starting on Friday at 6:30 P.M. with games two and three on Saturday and Sunday.
The Retrievers have struggled this season as they are 5-10 and lost seven straight games earlier this season. The though like FGCU have won back-to-back games. There offense has struggled mightily this season as they come in with a .200 team batting average and have just two players hitting above .250 this season.
Compared to the Eagles, FGCU has just one player in their starting lineup not hitting above .300 and are led by Jay Hayes who has emerged into the three hole in the batting order. Richie Garcia combines to lead the club in RBI’s and Eric Gonzalez had emerged into the starting lineup hitting our home runs in just 36 at bats this season including a long home run in his last game versus FIU.
The Retrievers pitching has struggled as well as there projects three starters this weekend have ERA’s in the high fives. Max Gordon, who will likely face Mario Leon on Friday, is 2-0 despite the high ERA. Josh Dye is scheduled to face Nick Trabacchi on Saturday. Head coach Dave Tollett has yet to announce a starter for Sunday, but Evan Lumbert has been his go to guy on Sunday with Mitchell Wilson likely to face him.
Following this series, the Eagles will have a highly anticipated mid-week matchup with Miami at home before heading on the road to face Jackson State for the second straight season.