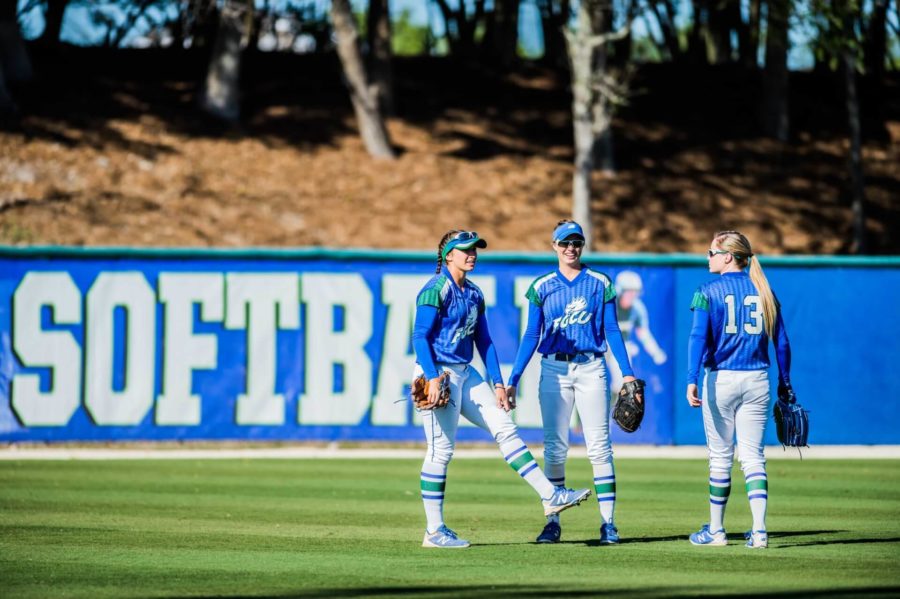 The FGCU softball team will begin a crucial series with the defending ASUN Champions on Friday with a double header starting at 4 P.M and 6 P.M. and game number three on Saturday at 1 P.M.
The Eagles come in having lost their last game in conference, but still have a 27-7(2-1) record to begin the season. The Spartans have also had a good season though after they started their season 18-0, they lost 12 of their next 16 games and are 3-3 in conference play.
USC Upstate has been one of the Eagles’ toughest opponent over the years and have just won 10 of the 30 career games. The Spartans have also won the last eight games and have not lost to FGCU since 2016.
Offensively, Karla Beasley comes in hitting exactly .400 on the season and has hit nine of the team’s 22 home runs this season. Logan Morris is second in the team in average and leads the team with 23 runs batted in. On the pitching side of things, they have relied heavily on two starters in Christina Biggerstaff and Erin Hill as those two have accounted for 17 wins on the season combined.
The Eagles offensively have been led by the current ASUN Player of the Week Raquel Fournet. The junior went 8-12 last week, registering seven RBIs. The other award winner also came courtesy of FGCU as starting pitcher Riley Randolph was named ASUN Pitcher of the Week. She posts a 12-2 record and got wins in both games of a double header last week against Stetson. She pitched a complete game in game one and then came out of the bullpen with the Eagles trailing to earn a second win in the day. Randolph’s ERA is just over one run per game.
Following this series, FGCU will come home for an in-state double header against FIU before having a week off to prepare for FAU.