This week in Student Government 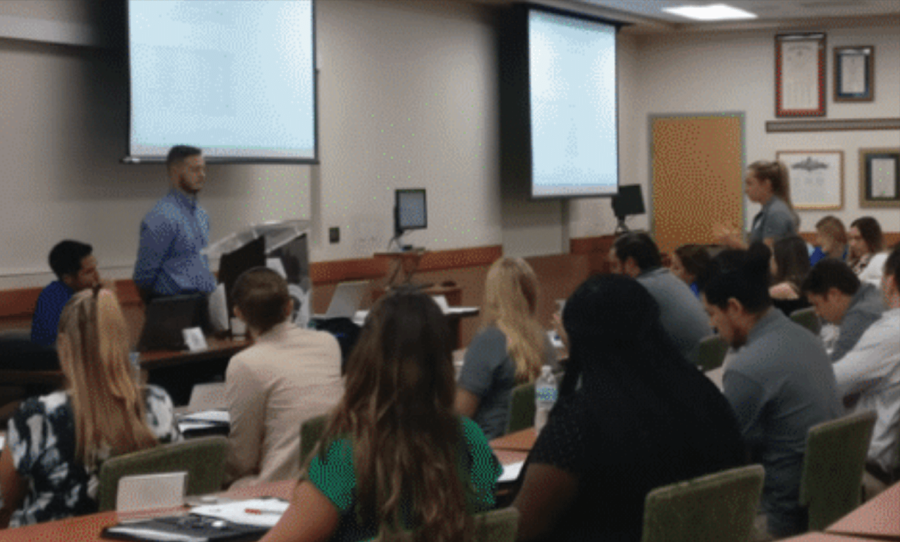 FGCU Student Government met on Tuesday, April 3 for their first meeting under its new administration.

The meeting addressed, and elected the new Senate President for the 2018-2019 school year.

Vice President Nick Deguzman led the meeting as the temporary Senate President along with Treasurer Ted Michel for Senate Secretary.

Student Government elected its newest Senate President in the meeting.

Cummings, a Senator for the College of Arts and Science, has served as Student Government’s Legislative Chairman and served on the Document Review Committee. Opposing candidate McKee served Student Government as a Senator and as Appropriations Chair.

During the question and answer session, the candidates were asked series of questions like their experiences with adversity and their plans for the future.

McKee said he struggled with ADHD, having affected his grades and performance in high school, but ultimately perservered against it, which ultimately led him to FGCU and his various leadership roles.

Cummings touched on his struggles with trying to get his fraternity to reach a grade point average of 3.0.

The Senate also appointed a new Pro-Tempore and Secretary. First year in college student, Emma Nichols was appointed unanimously as the Senate’s Secretary for the 2018-2019 school year.