The Eagles take on the Owls at Swanson Stadium 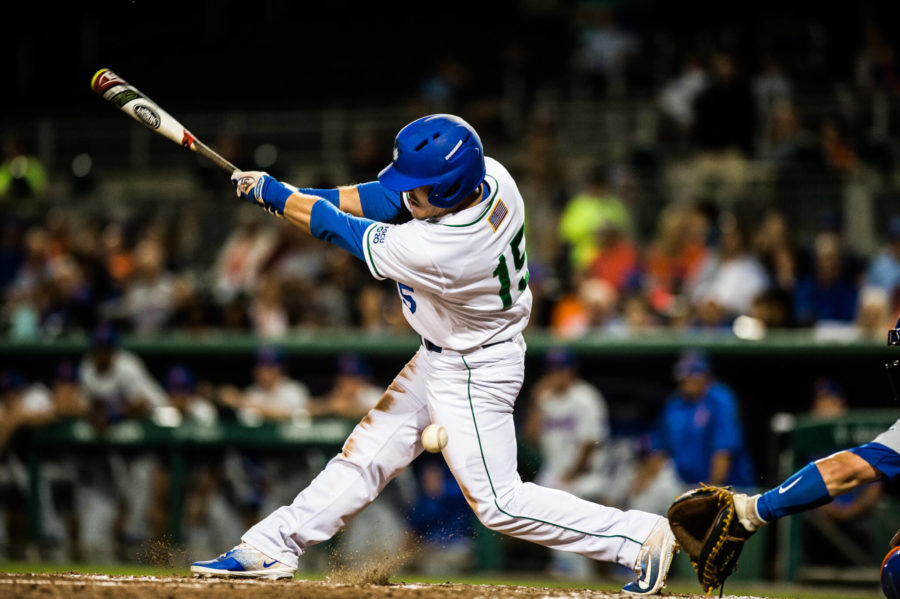 The FGCU baseball team will have another in-state matchup on Tuesday against FAU at 6:30 p.m. at Swanson Stadium.
FGCU comes in with a 24-7 record and will have Evan Lambert (4-1) pitching against the Owls with Nick Prather (0-2) scheduled to face the Eagles. FAU has a 21-8 record and a 6-3 record in Conference USA. This will be the 19th meeting all-time between these two schools, with FGCU picking up 11 wins in those games.
The Owls come in hitting only .268 as a dam but have four players batting over .300. Joe Montes leads the team at .338 and as a team, they have hit 37 home runs in 32 games, with Tyler Frank having hit eight of them to lead the team. Eric Rivera leads the team in RBIs with 27.
Though Prather has struggled this season with an ERA over nine, when FAU is tough to beat when they have the lead as their back end of the bullpen has been lights out. It starts off with closer Jordan Poe, who has nine saves this season and has only allowed one run in 10 innings on the mound. Zack Schneider also has been superb with an ERA of 1.26. They have three other relievers who have made at least six appearances from the bullpen and have ERAs at or below 3.00.
The Eagles were red-hit offensively almost all season and though it has cooled off a bit, eight of their nine starters are hitting above .300. The lone starter not above that line is short stop Christian Proffitt, who has been spectacular in the field. Alex Brait has climbed up to the second highest average on the team and Richie Garcia continues to lead the team in hitting and runs batted in.
Trey Vickery has become one of Tollett’s go-to guys and has become the set-up man for Kenton Herring. He recently earned his first career save and has the lowest ERA in the team. In their last game, the pitching staff surpassed 309 strikeouts and averaged just below 10 strikeouts per game.
Following this series, the Eagles will hit the road for the first time in conference when they play a rematch of last season’s ASUN Championship against Jacksonville.