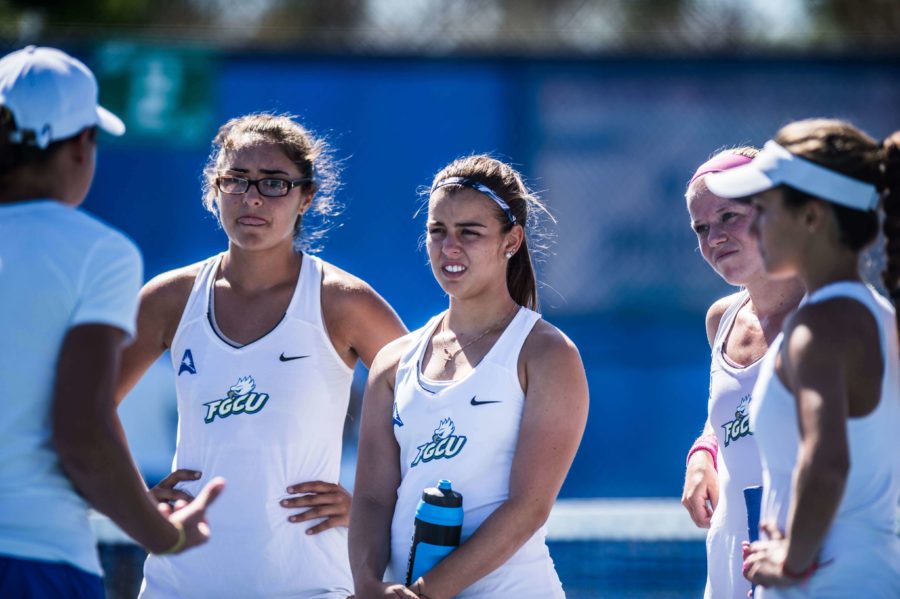 The FGCU women’s tennis team will travel to UNF on Thursday for a rematch of last seasons ASUN Championship at 3 p.m.
Both these teams come in with perfect records in ASUN Play this season as they did last season when they met in the match of the regular season which the Eagles won. UNF has played six more matches then then Eagles and a much less tougher conference schedule. The Eagles are 8-7 on the season, but have has a loss at #17 Miami as well as Georgia State, Tennessee and Michigan State.
While in conference season, FGCU has won 21 of 24 matches in singles. They also have earned the doubles point in all four ASUN matchups this season. Maya Ornberg, at no. 1 singles, is definitely a front-runner for the ASUN Player of the Year as she had gone 12-3 this far in dual play. She is the lone Eagle to have a double digit lead win total, but both Madison Gallegos and Bridget Forster each have eight wins. Julia Ascua, Sofia Perez and Patricia Villar all the other three players who head coach Courtney Vernon has picked for her lineup.
For UNF, individually Florencia Rossi holds a 13-2 record in dual play. Valentina Rossi also is undefeated in ASUN Play this year and both Lucia Montano and Intert both have more than 10 wins this season. As a team, they have lost just six singles matches in conference and only three matches in doubles.
In the last meeting in the ASUN Championship, the Eagles looked to have been in good shape to advance to the NCAA tournament, but an unfortunate injury forced a retirement and Michelle Valdez defeated Ornberg in a tight three set match to claim the championship.
After this matchup, FGCU will have a quick turnaround as they head to Deland, Florida to take on Stetson on Saturday.