FGCU baseball looks for second win this season over Miami 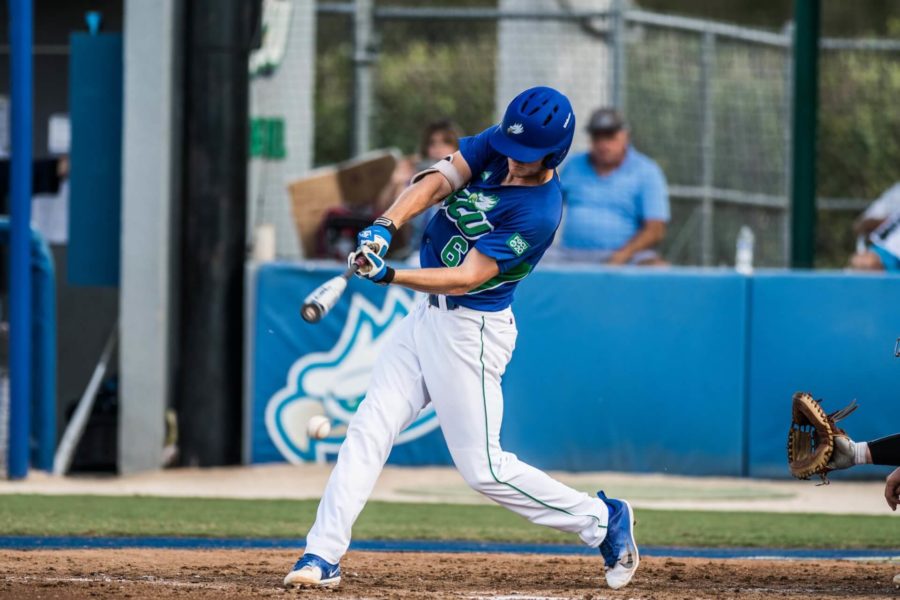 The FGCU baseball team will have a rematch against Miami after the Eagles defeated the Hurricanes 1-0 earlier this season. First pitch is scheduled for 7 p.m. on Wednesday Night.
FGCU comes into this game with a record of 25-9 (3-3) but have lost four of their last seven games. The Eagles earned their sixth straight win when playing Miami last month en route to what was a season-long nine game winning streak before the latest stretch of games.
Miami has continued to have a poor season and are 15-20 (9-9) this year, but recently won two of three games against No. 8 Clemson. They also swept a three-game series with then No. 24 Virginia and defeated the reigning National Champions, Florida Gators.
Evan Lumbert pitched the last time these teams met but will not be available to start after throwing on Saturday. Either Justin Gill or Peyton Grey will likely make the start for FGCU.
Isaac Quinones leads the Hurricanes in hitting at .323 and has two other players hitting above the .300 line. Freddy Zamora has a team-high 19 RBIs and nobody on Miami has more than three home runs. For the Eagles, Richie Garcia leads the team in batting and RBIs and Kohl Gilmore still has a team-high eight home runs.
Following this game, FGCU will once again hit the road as they head to Spartanburg for the final time to face USC Upstate for a three-game weekend series.