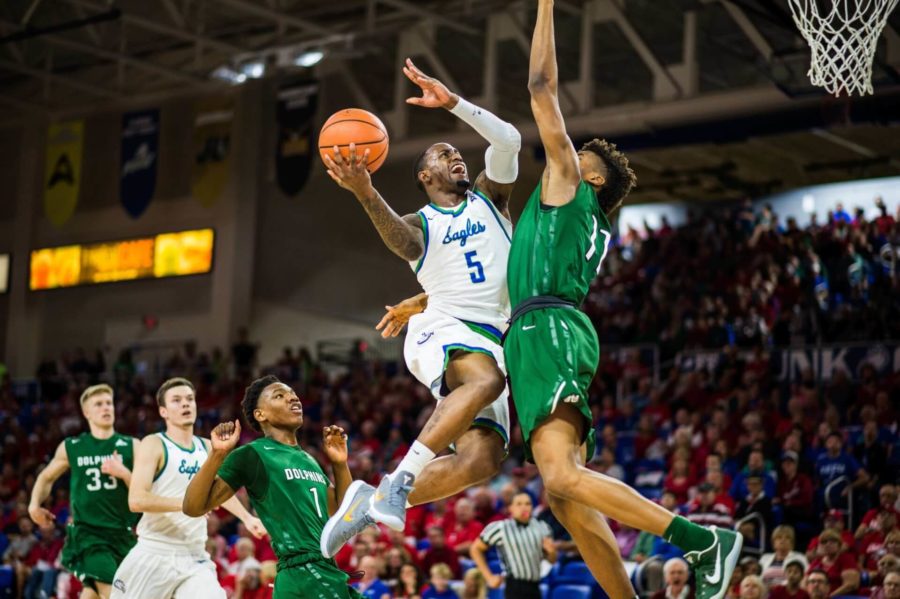 FGCU men’s basketball rising redshirt senior Zach Johnson has announced that he will be joining the Miami Hurricanes for the 2018-2019 season. Johnson announced on Twitter that he would be attending the University of Miami for his graduate years.
A Miami native, Johnson will return home to compete at the school that once showed interest in the guard during recruitment, but ultimately FGCU got the opportunity to have him on the team for three years.
Johnson decided to leave with one year of eligibility left, but had more than Miami on his radar. He had visits to Miami, Creighton, Louisville and Arizona.
The guard graduated from Norland High School several years ago and will now be able to play the next few years in his hometown.
While at FGCU Johnson contributed a lot to the Eagles success. He was named to the ASUN First Team, District 3 Second Team and ASUN All-Tournament Team this past year after ranking 6th in the ASUN in scoring (16.1), 11th in assists (3) and 1st in total steals (70). The guard finished second on the team in points and assists.
Johnson’s 70 steals were tied for the 17th-most in the nation in 2017-18.
During the ASUN Tournament Johnson really showed his skills, averaging 26.7 points over three games which was highlighted by a program record 37 point final game. Johnson knocked down nine three-pointers during this matchup against Lipscomb.
Last season Miami went 22-10 and 11-7 in the ACC. The Hurricanes made it to the NCAA Tournament but fell to Loyola-Chicago in the first round.