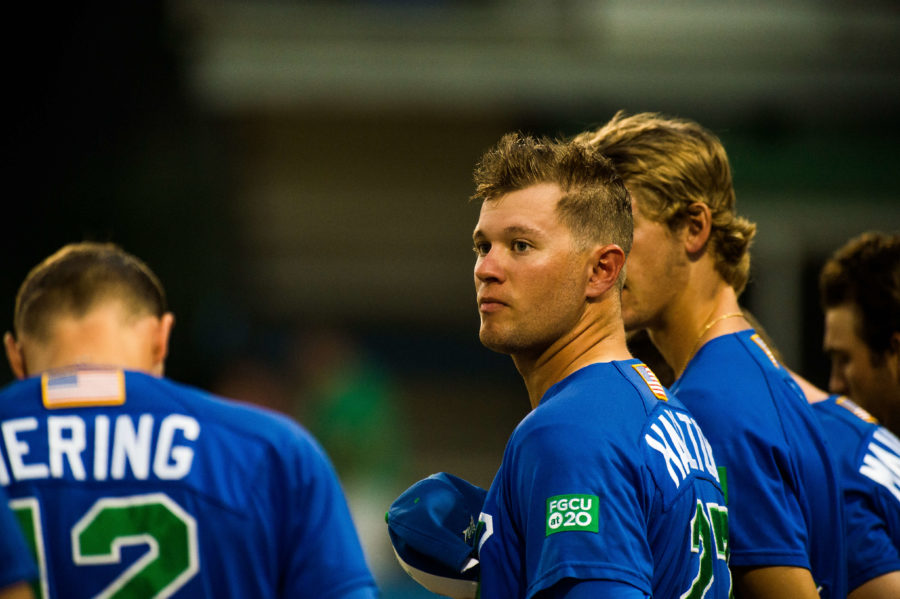 After winning earlier in the season 1-0, the Eagles’ offense was held to just three hits and Peyton Grey got hit hard as he suffered the loss.
“Tonight was one of those nights where we didn’t win the freebie game,” said head coach Dave Tollett. “When you give a team like Miami that many chances and that many bases, they’ll make you pay. And when you get a chance to jump on a team early, you have to take advantage and we didn’t do that. It’s a short turnaround and we need to be ready for Upstate this weekend.”
The lone run of the game from FGCU came from an RBI from Christian Proffitt. Eric Gonzalez, Gage Morey and Marc Coffers had the hits in the game.
Six different Hurricanes drove in a run and all four Eagles to pitch gave up at least one run. Miami would score two in the first inning and two in the second to jump out to a 4-0 lead.
FGCU’s run came in the fourth inning, but Miami responded with a run in the fifth and three in the eighth to win the game.
The series against USC Upstate will start on Friday at 6 p.m. as the Eagles look to end a three-game losing skid.