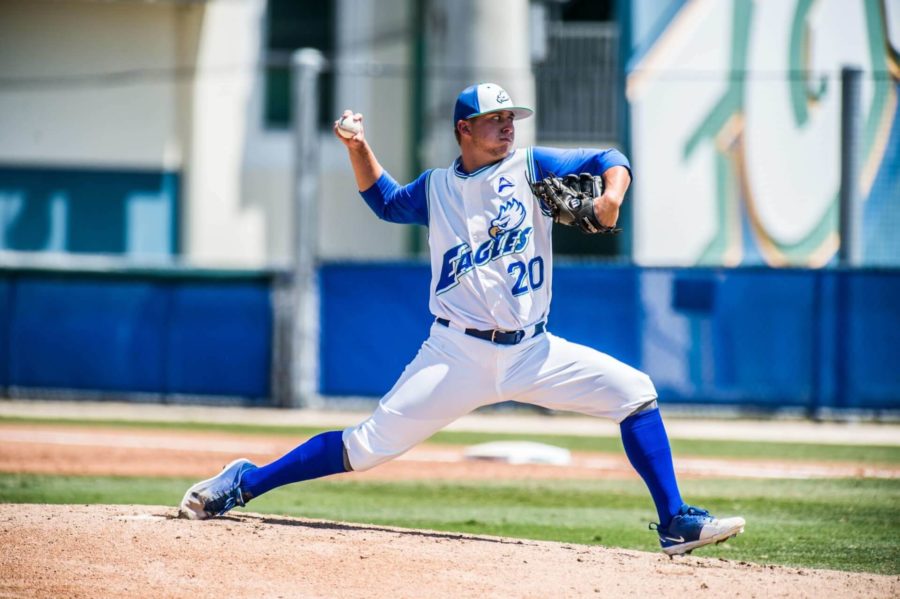 Currently on a three-game losing streak, the FGCU baseball team (25-10, 3-0) will play a three-game series against USC Upstate starting Friday night at 6 p.m.
Mario Leon is scheduled to throw the opening game, followed by Josh Dye on Saturday and either Justin Gill or Evan Lumbert on Sunday.
The Spartans currently have a record 20-20-1 (3-6) on the season. Kevin Hickey will be throwing on Friday, Jordan Marks on Saturday and perhaps their strongest pitcher, Blake Whitney, on Sunday.
Despite the struggle from the Eagles as of late, they still have the 17th best average in the country entering the weekend at .301 with an on-base percentage of .401. Richie Garcia has been the best hitter this season average-wise and Kohl Gilmore leads the team in home runs.
For Upstate, Charlie Carpenter has played in all 41 games and has a .342 batting average. His 32 RBIs are second on the team only to Russell Schwertfeger, who has 34. As a team, they have only hit 13 home runs and has a team batting average under .275.
After this game, FGCU will be on the road for a mid-week game with FAU on Tuesday, April 24 at 6:30 p.m.